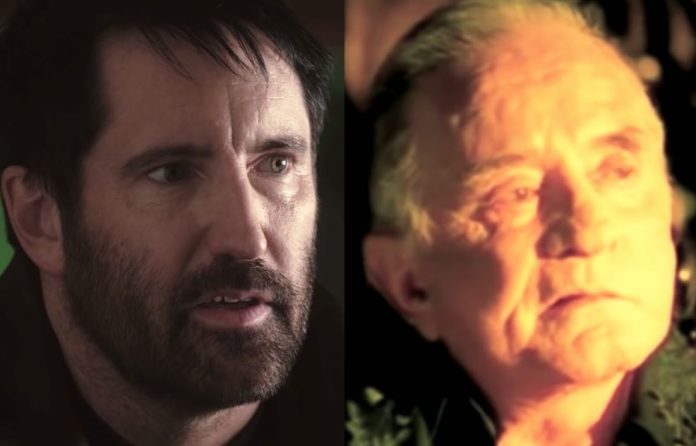 Producer Rick Rubin discussed working with Johnny Cash on his cover of the Nine Inch Nails classic “Hurt” in a new Broken Records interview. He also revealed how Trent Reznor reacted at first when he sent him the song. Alternative Nation transcribed Rubin’s comments about Cash’s version of the song.

Rubin said the song’s meaning changes with an older man singing it.

“Totally different song, and much more hopeless. Usually by the time your that age, you’ve found resolution. So to have sort of 20 year old angst in your 60’s and 70’s, it’s brutal.”

He was asked if it affected him emotionally after he heard the finished song.

“Excited, because when you hear a really good version of what it is, I wouldn’t go into the emotion of it so much as the excitement of seeing something come together that has this power.”

“I actually sent to it to [Trent Reznor] when we finished, I don’t think he liked it so much when he first heard it, then Mark Romanek made the video for it, then when he saw the video, Trent was like, ‘Oh, I see what this is.’ I think he was too close at first, and it was just odd hearing someone else. I can remember we covered a Beck song, and I remember playing it for Beck, and I remember him saying, ‘This is the first time I’ve ever heard anyone sing my lyrics besides me, and it’s Johnny Cash.’ It was just so mind-blowing, because he was probably 21 or 22 at the time.”