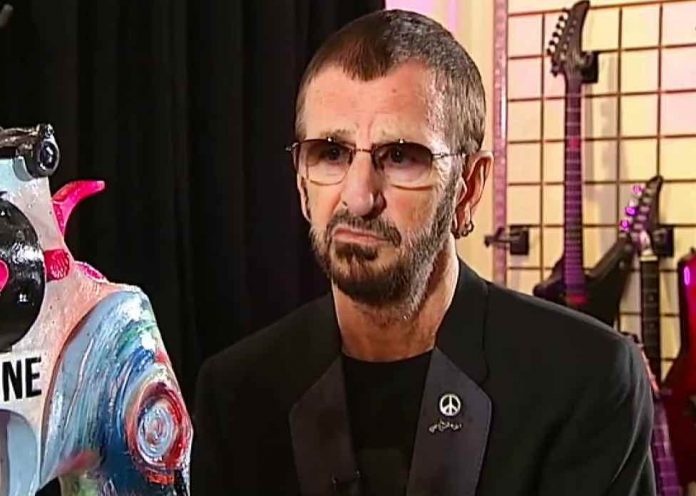 Former Beatles drummer Ringo Starr recently opened up on late Nirvana member Kurt Cobain. Although their styles of music might appear to be very different, one can draw similarities between The Beatles and Nirvana, and both are more than deserving of their place in history.

Both are the definitive acts of their respective generations. When The Beatles broke through in the early 1960s, they were just another rock ‘n’ roll act before they enacted a magical shift in their creativity that, by the end of the decade, saw them hailed as the greatest band of all time. From Revolver to Let It Be, the Fab Four released many masterpieces in their time, and all had a considerable impact on changing the course of popular music and culture.

Everyone is aware of Nirvana and Kurt Cobain’s brilliance, and during a special interview in 2019 with Rolling Stone when Ringo Starr of The Beatles and Dave Grohl of Nirvana and Foo Fighters questioned each other, Starr recalled his initial thoughts on the grunge legends.

He said: “Absolutely great, and the man himself (Kurt Cobain) had so much emotion. That’s what I loved. I’m an emotional guy. No one can doubt Nirvana, ever. And who knew he’d end up where he ended up. I don’t think anyone who listened to music with any courage could doubt him, ’cause he was courageous.”

Starr continued: “I don’t know the end story, and it’s not about him, and we lose a lot of people in our business early. And you think, ‘How harsh must it have been?’ I mean, ‘Why don’t you call me?’ You never know. This is the famous 27-year syndrome. A lot of them went by 27, like it’s that number — what, had they got it all in by then? Or maybe that’s just the way God planned it; I don’t know”.

The former Beatles drummer then reflected on the death of his old friend John Lennon, who was one of Cobain’s greatest heroes, and recalled the significant existential questions his unexpected passing brought.

Starr commented: “When John went, I was in the Bahamas. I was getting a phone call from my stepkids in L.A. saying, ‘Something’s happened to John.’ And then they called and said, ‘John’s dead.’ And I didn’t know what to do. And I still well up that some bastard shot him. But I just said, ‘We’ve got to get a plane.’ We got a plane to New York, and you don’t know what you can do. We went to the apartment. ‘Anything we can do?’ And Yoko just said, ‘Well, you just play with Sean. Keep Sean busy.’ And that’s what we did. That’s what you think: ‘What do you do now?’”