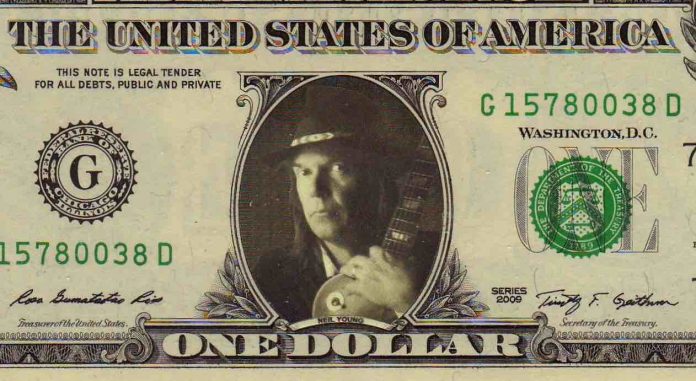 Numerous musical artists from Neil Young to Joni Mitchell have either requested that Spotify remove either music be taken down from the platform or had it done so already following COVID-19 misinformation brought up by popular podcaster and combat sports personality – Joe Rogan.

This big name was ‘bribed’ by Spotify prior to the Neil Young boycott. Now, A-list actor Russell Brand, a podcaster in his own right, is speaking up on the Spotify/Joe Rogan controversy by discussing how Neil Young, the artist who started the entire movement against Spotify sold 50 percent of his publishing rights to Hipgnosis Songs Fund – a UK based Investment fund which is owned by The Blackstone Group – an investment management company whose senior advisor is headed by the former C.E.O. of Pfizer. Brand’s comments can be viewed below.

Brand: …just over a year ago that Young sold 50 percent of his publishing rights to his entire song catalog to Hipgnosis Songs Fund, a UK-based investment fund, in a deal worth a reported $150 million. In 2021 Hipgnosis Song Management launched a one billion dollar partnership with Blackstone – the investment company currently buying up entire American neighborhoods, pushing up prices and in turn preventing families from owning their homes.

Since the Joe Rogan controversy Spotify has taken steps to take action by including disclaimers before any piece of content on their platform that talks about COVID-19 – this includes the Joe Rogan Experience Podcast or otherwise. They have, in addition also developed a COVID-19 information hub. In a recent media call, Spotify CEO Daniel Ek would also state the following: “There are many things that Joe Rogan says that I strongly disagree with and find very offensive,”