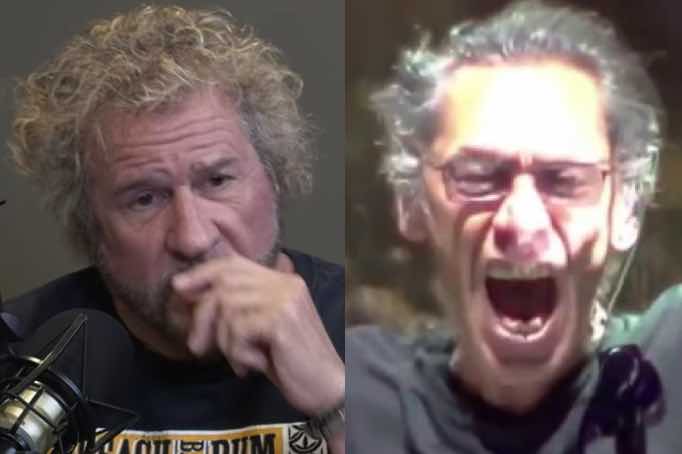 Sammy Hagar said he’d be open to hypothetically jam with Alex Van Halen, but it isn’t his place to say it would ever happen. He also shot down the idea of the surviving Van Halen members touring under the name after the death of Eddie Van Halen.

Hagar told ABC News Radio, “[T]here’s no talk of reunion or a tribute with me, that’s for damn sure. When [Wolfie and Alex] want to do something, when they think it’s time, if they get together and said, ‘Hey, would you come out and sing some songs?,’ you’re damn [right] I would…But [for me] to talk about that, hell no.”

Little Dreamer posted on VHLinks.com, “I think WVH going on Stern a month after his dad passed will only be met with admiration for his courage and intestinal fortitude, especially because it will be his first mainstream interview ever.

Now if they release “In The Midnight Hour,” well 2020 will suck a little less. That would be AMAZING!”

Don’t Disturb My Paradise added, “He’s mighty brave doing this so soon, but I dip my hat to him. I can’t wait to hear what he says and to hear the new song.”