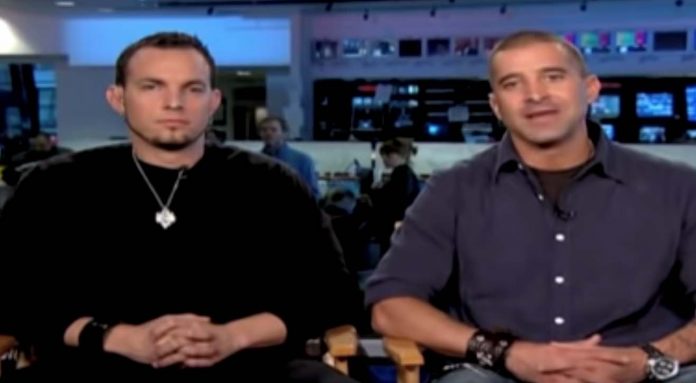 Scott Stapp detailed working on a new Creed album in 2012 that could someday be completed if the band reunites in a new “Stop! Drop & Talk” podcast interview. Scott Stapp just made a Creed reunion ‘promise.’

Stapp said, “I actually was just with Mark and [Creed drummer] Scott Phillips Friday. Everything is good. Everything is positive. We are friends. And communication is there.”

“Nothing is planned. Right now, there is nothing on the schedule. There is nothing that I am keeping from you. When there’s an announcement to be made [about a possible reunion], I promise you guys will know.”

He added about the new material, “Mark and I got together, I think it was in 2012, and I actually crashed at his place for, I wanna say, a couple of weeks — I can’t remember exactly — and we wrote eight or nine songs. So we’ve got some stuff that we put together in 2012. I was listening to a couple of ’em the other day, and I was, like, ‘You know what? It doesn’t sound old to me.’ It’s something we could demo for a new record. I’m not saying that that’s gonna happen. Don’t put words in my mouth. I’m just saying we did write some songs, and we’re sitting on those.”

Mark Tremonti previously said about a new Creed album, “People say, ‘Is it done? Is it over? Is there new music coming out?’ I’m sitting on an entire Creed album… When we were together doing the reunion tour, we put a lot of music together and I have like really sketchy little demos of probably 13 songs. I listened to them maybe a year ago and they’re good songs.”

Creed reunited in 2009 for a reunion tour and new album, Full Circle. The album’s biggest hit was the song “Rain.” Creed continued to tour until 2012, when they went on hiatus again, with Scott Stapp having very public drug and mental health issues in 2014.

Stapp got healthy and since then has gone on many acclaimed solo tours and released solid new material. Stapp briefly replaced Scott Weiland in the supergroup Art of Anarchy, featuring Guns N’ Roses and Disturbed members.