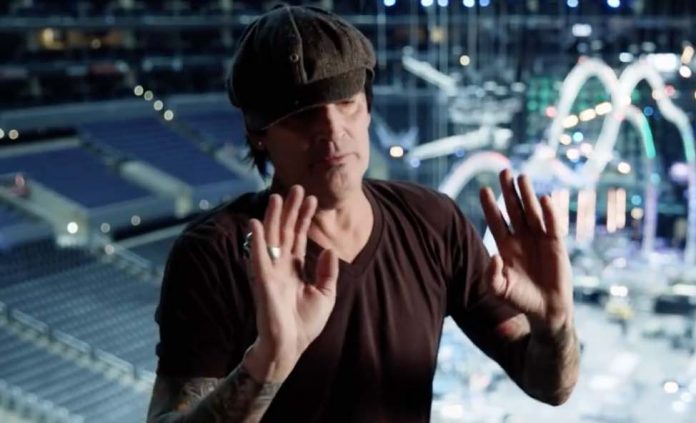 Sebastian Stan recently recevied backlash. Hulu’s divisive miniseries Pam & Tommy recently received 10 Emmy’s nominations across the board with four in the ceremony’s lead categories. The show is a contender for the Outstanding Limited or Anthology Series, and its leads — Sebastian Stan and Lily James — are nominated for outstanding lead actor and actress for their respective roles as Tommy Lee and Pamela Anderson.

Sebastian Stan was slammed for his comments

Despite its success and acclaim from fans and critics alike, Pam & Tommy has been surrounded in controversy after it was reported that Pamela felt “violated” by the unauthorized retelling of her exploitation. The eight-part series revisited the nonconsensual distribution of Pamela and Tommy’s stolen sex tape in the 1990s, and it was made without the approval of the real-life people who were involved in the historic crime.

One source said that Pamela felt “violated to this day” over the sex tape.

As a result, people were quite outraged by the stark irony of Hulu not getting consent from Pamela before they retold the story of her nonconsensual sex tape.The show was thought of as a sign of “ As it aired, Pamela’s lack of approval angered the audience despite Pam & Tommy ultimately being praised for highlighting the misogyny that Pamela faced as a result of the leak.

Pamela has not explicitly spoken about the show, but she appeared to confirm that she was not on board with the concept when she shared a brief statement on her Instagram page back in March, shortly before the penultimate episode of Pam & Tommy aired.

In the post, Pamela announced that she was working with Netflix to make a documentary about her life, which vowed to tell her “real story.”

Fans took Pamela’s statement as evidence that she did not approve of Pam & Tommy in any way, so they were baffled when they noticed that Sebastian Stan had tagged her in an Instagram post about the show’s Emmy success on Tuesday.

Sebastian penned a lengthy statement on his social media page, which began: “So grateful and thrilled to be a part of this EPIC PAM AND TOMMY recognition!!!”

He then thanked the show’s showrunner, directors, hair and makeup team, and costumers before giving his costar, Lily James, a shoutout. “My partner till the end of the line,” he said of Lily. “I was blessed to be opposite you, couldn’t have, wouldn’t have done it without you! Thank you for holding my hand on this journey!

But it was the final part of Sebastian’s statement that sparked backlash from readers, with the actor writing: “#PAMANDTOMMY is about a crime that took place without Consent. It was a crime on privacy, a crime on love, a crime on family, and a crime that we were ALL a culprit of, as media and audience combined, and it’s now more timely than ever.”

Fans on Reddit were brutal towards Stan for his comments. Here are some of the comments of the Reddit users:

“I hope this can only help continue the conversation we had hoped to bring to light,” Sebastian went on. “And that we can remember to re-examine our projections and our salacious attitudes not only towards @pamelaanderson and @tommylee but also towards ourselves and our exploitation of one another. SEE YOU AT THE EMMYS!!!”

“He also tagged Pamela Anderson who allegedly finds reliving this traumatic,” someone else added. “Also, mind you, this show introduced a whole new generation of people to look up that sex tape. So, in short, they’re complicit. That’s their contribution to the conversation.”

“He has quite the balls to speak about consent, something Pamela did not give to this show,” another mused. Someone else commented: “Poor Pamela. He actually tagged her. Wtf.” One person replied: “For real, that was actually a nasty thing to do.”

“No, I’m not [a culprit],” one more said. “I didn’t steal the tape. I’ve never watched the tape. And I certainly never made a show about the tape so that I could get nominated for an Emmy.”

“Oh my god he’s talking about consent while celebrating a nomination for a show made without the victim’s consent and the scary part is he really thinks he’s doing something grand!! Disturbing,” another user echoed.