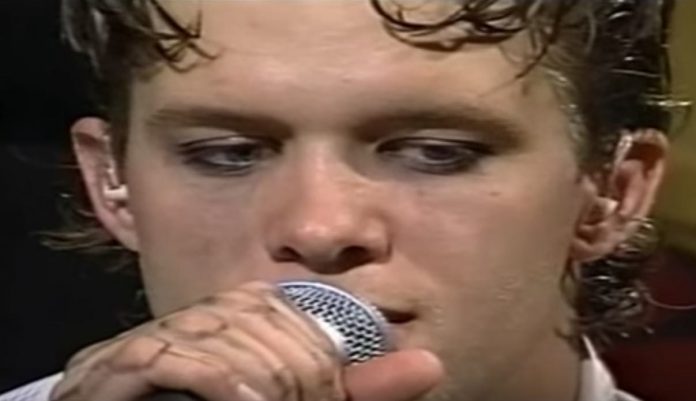 A Blind Melon fan by the name of Zak Joshua Rose who attended what turned out to be the group’s last-ever show with original singer Shannon Hoon (on October 20, 1995, at the venue Numbers in Houston, Texas) has posted 10 photos on Instagram that he took from that evening, which have been largely unseen…until now.

Mr. Rose was kind enough to answer some questions about his memories of the photo set and of attending the show from that fateful evening (Hoon would pass away the following morning, at the age of 28). But first, let’s take a gander at the photographs, shall we?

In the book I wrote a while back, A Devil on One Shoulder and an Angel on the Other: The Story of Shannon Hoon and Blind Melon, Glen Graham remembered that after what was Blind Melon’s last-ever show with Shannon, “Waiting to get on the bus, because Shannon was signing an autograph for a kid, who had a poster and record. Maybe like a ten year old—a little blonde haired kid—his parents were there with him. Hippie kind of parents. I remember this distinctly—he was talking to the kid, and the kid was saying all this stuff to him. Praising him. And he was in this real sort of like, ‘I hope I see you next time, I hope to make it back.’ A lot of really depressing, down sort of stuff.” Are you that “kid” that Glen mentions?

That passage in your book stood out to me because that “boy” was only there with his mother. It was the boy, his mother, Shannon and myself. I was 6ft tall with long hair, so I always figured I must have been one of the “hippie” parents Glen was referring to.

What are some memories of the show? From what I recall, most of the people interviewed for the book said it was not one of the band’s better performances on the tour in support of Soup.

The last time I had seen Blind Melon before this show was at Woodstock, and any Melon fan knows that was an incredible performance. So it wasn’t as intense of a show as Woodstock, but still I thought the whole band was great. Maybe it was the “No Rain only” fans that thought it was sub par. Y’know, people not really familiar with their whole catalogue? I don’t know..

Discuss these photos a bit – what kind of camera did you use, and do you have any recollections about specific photos?

Well the photo of just the stage, if you look close, you’ll see Shannon’s head in the back. I had already hung out with the band, but not Shannon. That was the first time I saw him that night so I snapped it quick. My friend and I had a little disposable camera that we passed back and forth throughout the show, one that we managed to keep hidden because cameras were not allowed. We captured a few great ones of Shannon.

Which gentleman are you in the photo with Christopher and Brad?

I’m the goofball with the long hair between Chris and Brad.

What do you recall talking about with Shannon that night?

Shannon disappeared after the show. He only reappeared when it was very late, and it was shortly before they left. I wanted very much to talk to him but was only fortunate enough to stand with him as he was talking to the boy that Glen discuses in your book. The bus was literally backing out of the lot, so Shannon said his goodbyes, ran to the bus and managed to stare me down from the doorway as they drove away. I’d like to think he knew I was jonesing to talk to him, so he shot me the deep stare. That is my fondest memory of the entire evening.

What do you recall talking about with the other band members?

We talked a little, but it was mostly just standing there and listening to them talk. Glen and Rogers were kind of “tough” but CT and Brad were friendly and easy going. I shared an apple with Christopher and gave my demo tape to Brad…or maybe it was the other way around.

Did anything seem out of the ordinary with Shannon when you spoke to him?

I never got to chat with him, but watching him talk to this boy I remember he didn’t stop moving, almost like doing a little dance, but non-stop. Like moving his arms and legs a lot. This was the first time I had ever hung around Shannon so I didn’t really know what or wasn’t odd or unusual for him. I was also a teenager that didn’t know much of anything, other than the fact I was standing right next to the guy who had for years been my hero. So sad.

Are there any other photos you took that night? Are these the best of the bunch?

It’s kind of a bittersweet feeling, but after over 20 years, I share with you and the rest of the world, the best of my bunch. If you’ve ever had the chance to see Shannon Hoon perform, you knew that you were seeing something amazing. I’m really lucky to have been there that night. So a big thanks to you for helping me share them.

After seeing Shannon Hoon in the “Don’t Cry” video, I decided to start my first band. My band now still has some of the same guys in it – Badranch. [You can check out Badranch on Facebook and at Reverbnation]