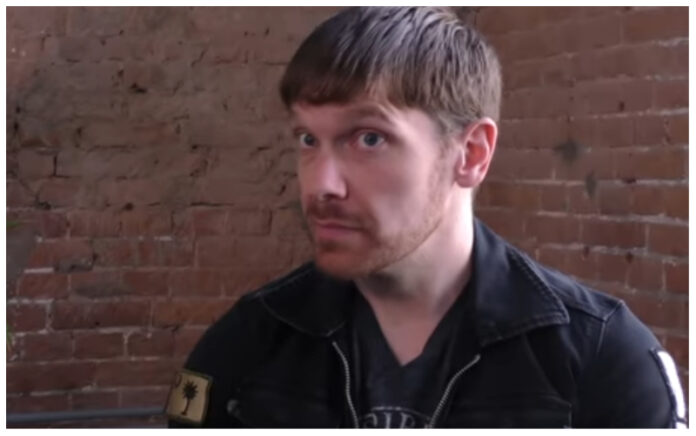 Shinedown is one of hard rock’s most popular and beloved groups of the last two decades. The band is currently in the middle of support of their latest album, ‘Planet Zero’ which has proven to be extremely successful as the album topped the all-genre Billboard Top Album Sales chart, a first for the band.

In an exclusive interview with Alternative Nation, in which will be published in full soon following another preview article about Scott Weiland, lead singer Brent Smith discusses breaking up a fight that took place in a small venue in Ontario, Canada, and how that particular night ranks in regard of incidents for the band. Alternative Nation transcribed the following exchange.

AN: “Yeah, and speaking of fights, non-choreographed that is, earlier this summer you broke up a fight that took place in Ontario by jumping in the crowd. As a band that has been touring for a considerable amount of time, where does that list for you in terms of ‘wild show incidents’?”

Brent Smith: “First of all, let me be honest about something. Under no circumstances would I condone what I did. No one should ever do that or try that. I do have experience with stressful situations or intense situations where you have to think quickly. The thing with that, in particular, is that I saw it happen from the stage and I could see that security was not getting there in time with what was transpiring. It was one of those things where I’m thinking: ‘Am I going to wait up here and potentially have this get worse because I could not see security do what to?’ My security immediately saw what I was doing, was right behind me when I split the audience real quick, just into the barricade, went directly to where it was and who the two people were, and got the two separated.

In that scenario, we were able to do. would have I done that in front of fifty-thousand people? No, probably not because it’s too much. I think twenty-two hundred people were at that particular venue and it was just an instinct. Some people are like: “dude are you out of your mind, what are you doing?’ Here’s the thing about that. I put my trust in my head of security before the entire day no matter what venue or festival we are playing. Also, promoters of those events, because I know a lot of those people from over the years, their staff and what they’ve done, there is a respect there. That respect is in regards to what we do for a living and I depend on the people that we work with – promoters, staff, venues, etc, to [make sure] that as people are coming into the building that they got our back.

This is making sure people are checked out, making sure, making sure they are in there and looking at people, and not letting stuff get through in the building. Things of that nature. So the fact that I would take it upon myself to jump through there is because I saw something between two people that I believed I could remedy quicker because of the situation that I was in.”