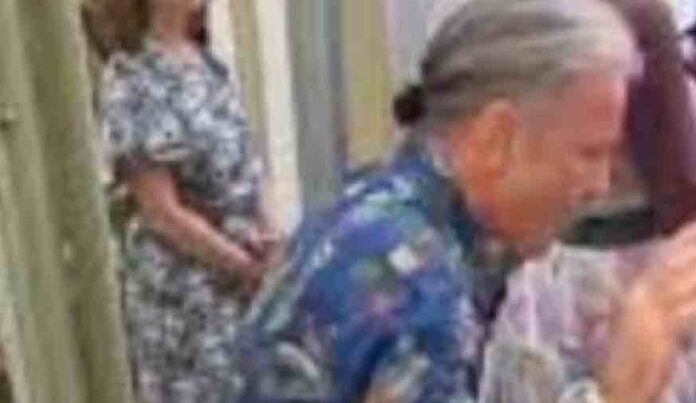 Iron Maiden frontman Bruce Dickinson and his girlfriend, French fitness instructor Leana Dolci made their presence felt at the wedding of his son Austin. Photos and videos from the event have been surfacing on social media as the fans were thrilled to the star who grooved to the tunes at the event.

Austin Bruce’s son with his second wife, Paddy, who was found dead in May 2020 at the home they once shared in Chiswick, West London, following a “tragic accident.” London Ambulance Service confirmed that the patient was pronounced dead on arrival.

Bruce and Paddy had married in 1990 after two years of dating and shared three children: Austin, Griffin, and Kia. They tied the knot after dating for two years following Bruce’s split from first wife Jane.

Back in December 2020, Austin, who is the frontman of As Lions, the U.K. hard rock band that formed in 2015 from the ashes of Rise To Remain, said that losing his mother was “the hardest thing” he has ever had to face. He added in an Instagram post: “There is still so much that lays unresolved. There’s not an hour that goes by that she doesn’t cross my mind. The initial days of watching people the world over respond with cruelty AND condolences was isolating. Whether it was being pursued by swathes of entitled people, by journalists outside the house, or the randoms dragging your departed parent’s name online, or the relentless speculation around their manner of death. How could anyone outside of the epicentre really relate to what that does to a person? Let alone a family?”