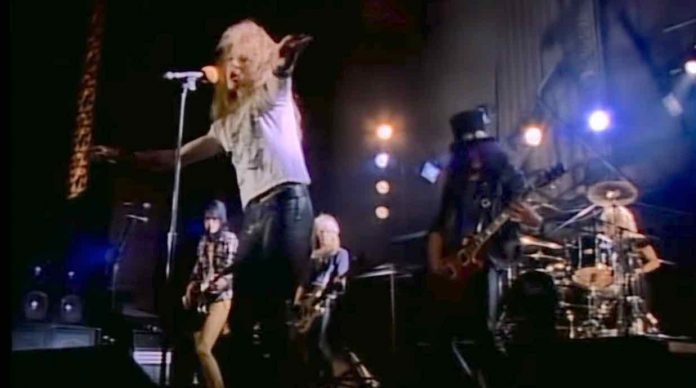 Slash discussed Guns N’ Roses getting in a fight in Seattle with a club owner for not paying them in their early days in a new Kerrang interview.

“When we first got together, Duff, being from the punk scene in Seattle, knew all these venues along the Pacific Northwest. So he set up a tour where we could play there, or I think go all the way up there playing all these dates, but when we headed up we had a friend of ours’ automobile and we had a fucking U-Haul trailer. All five of us, plus roadies, were stuffed in the back of that car.

It was like something out of a cartoon and we made it as far as Bakersfield [California] when we broke down. We left the car, grabbed our guitars and hitchhiked to Seattle. We played one show on this band, the Fastbacks’ gear and got into a fight with the club owner because he didn’t want to pay us. Then we got a ride from some chick all the way back to Los Angeles. That was what really cemented us together.”

Duff McKagan came from the Seattle scene before leaving for Los Angeles, where he then joined Guns N’ Roses.