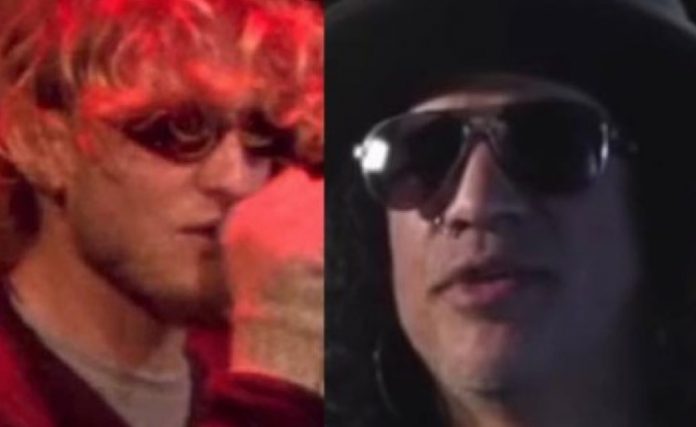 “I’m aware of new bands and I listen to new stuff whenever I get ahold of it. I haven’t got fixated on any brand new band as of yet, but there’s a bunch of really cool stuff out there. Mostly I’ve been listening to – for new music, you know – the Alice in Chains record that came out, and also the Prophets of Rage record and the Queens of the Stone Age record.”

He added, “There’s a lot of new records I’ve been listening to when at home and in my car. The rest of the time I’m listening to a lot of blues stuff and, you know, just classic stuff on the radio. When I’m on the road, I’m basically doing more writing than listening to anybody.”

Guns N’ Roses guitarist Slash is quoted in a new Kerrang article about Cobain, and he said he was a bigger fan of Staley and Alice In Chains, along with Chris Cornell and Soundgarden.