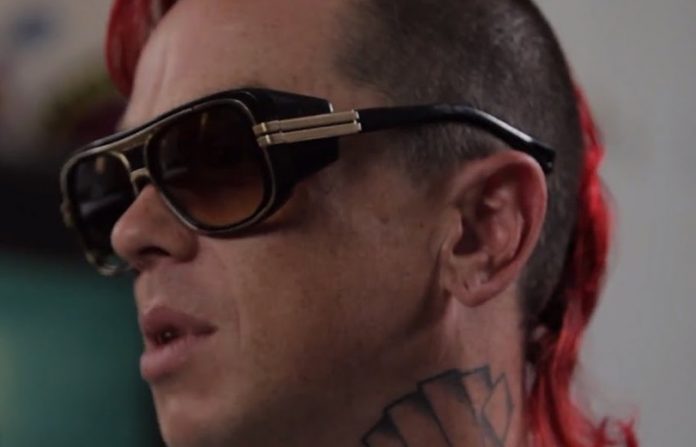 Slipknot turntablist Sid Wilson has announced that his beloved dog Fred died in his arms at home in Iowa. A Slipknot member was recently angered by mask ripoff accusations.

“On Sat Aug. 10th at 3:20 am Fred passed peacefully in my arms at home in Iowa. He was a perfect gentleman and didn’t even cry. Long live Fred, toughest dog I know, till I see you in the next. Be sure to send another guardian angel down sooner than later my friend. ♥️🐺♥️.”

“Corey is my favourite singer on the planet,” Clown said in the interview, “because he’s able to take what he’s going through in his life and twist it so we can make it our own. It’s much better when everyone feels like they have some common ground.”

“We have something great with our fans,” Clown later added about Slipknot and their fanbase. “Just watching them while I was directing, I wished I could be there when each one of them saw the video for the first time. After 20 years you can become really jaded by this whole racket. Everybody was so down on us, you know? Like they were waiting for us to trip up so they could point the finger and laugh. And 20 years later we’re still doing what we do.” Corey Taylor recently reacted to a new Tool album bombshell.