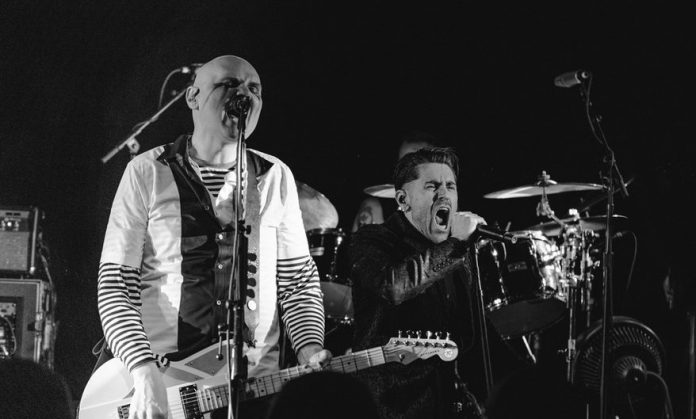 Original Smashing Pumpkins members Billy Corgan, James Iha, and Jimmy Chamberlin reunited for their first full length concert since December 2, 2000 on Wednesday night at the Troubadour in Los Angeles. The trio first reunited in 2016 when James Iha appeared as a guest at a few spring 2016 Smashing Pumpkins shows. Jeff Schroeder and Jack Bates round out the lineup on guitar and bass respectively. D’arcy Wretzky is not involved in the tour.

A short clip of “The Everlasting Gaze” and some photos have surfaced, which you can view below the setlist. AFI singer Davey Havok came out for a cover of Joy Division’s “Transmission”. You can view a clip of that performance below as well. Jack Bates is the son of legendary Joy Division bassist Peter Hook.