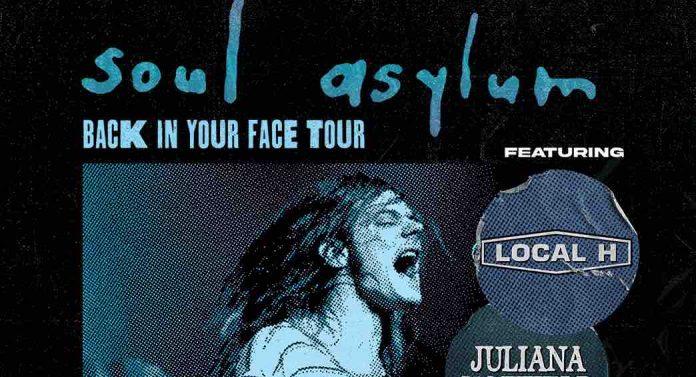 “LIFERS is a concept album, but also seems like an apropos title for an album about a duo of guys who, somehow, continue to soldier on in the music biz.”
– SPIN

“While the record finds them still quite capable of angsty ragers, it also shows a quiet side, as on the delicate “Sunday Best. The video superimposes performance footage against vintage, silent era film footage and more.”
-BrooklynVegan

“Local H are among the very best hard rock bands currently at work in the year 2020, and Lifers is potent evidence that isn’t about to change”
-All Music

“There’s plenty of Local H’s trademark, punchy rock on Lifers, but fans will also notice some musical muscle flexing and prog rock influence on a handful of epics.”
-Billboard
Today, Local H announces their 2021 tour supporting Soul Asylum, alongside Juliana Hatfield. They also announce headlining dates with Radkey as support for the fall for The Lifers Retour.
On 10/22, Local H will be performing at Shaky Knees Festival in Atlanta.