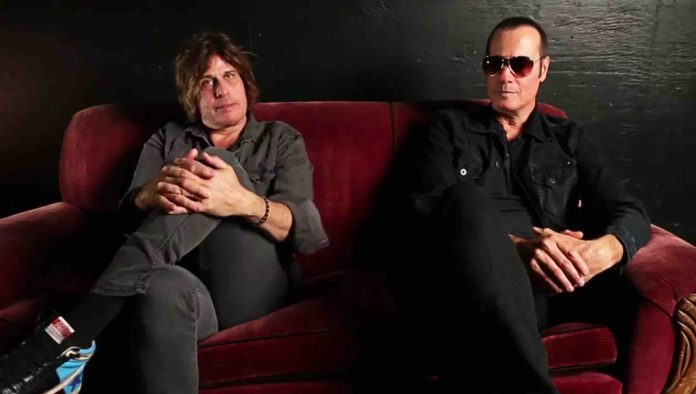 During his 30 years in Stone Temple Pilots, the band’s bassist Robert DeLeo has essentially had the same onstage look during the band’s entire run, unlike the band’s lead singers Scott Weiland, Chester Bennington, and Jeff Gutt who frequently have changed their looks. DeLeo recently debuted his new beard onstage that he is growing. You can view photos and videos below.

Rather than recruit a known entity to replace the late Scott Weiland, the band decided in 2016 to hold open online auditions. That began an 18-month process of listening to thousands of submissions from around the world.

“It was trying to find a needle in a haystack and it could be frustrating, but it was important to cast a wide net,” says DeLeo, the band’s bassist and a Point Pleasant Beach native who was born in Montclair. “We had to find the right fit both musically and personally.”

“We needed a great singer who had a good head on his shoulders,” DeLeo says, indirectly referencing Weiland’s erratic behavior and drug abuse that led to several tour cancellations.

“Jeff’s a great vocalist and a solid person,” he says. “It really came together. We found someone multi-faceted who can honor what has been done in the past but also move forward.”