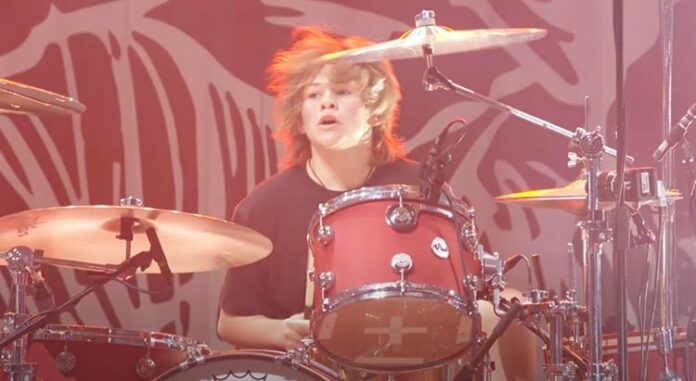 A fan wrote on the Foo Fighters Reddit, “Duff McKagan has a show on SiriusXM called Three Chords and the Truth. On the latest episode he talked about the tribute concert and played music from the artists who were there.

Duff said after T passed he and his wife went to see the family, bring them food and hang out. He said Shane took him to the guest house to play some drums for him and he was just blown away by how well Shane played. He said it was clear Shane had been playing drums from a young age. I thought that was a cool anecdote. If T’s wife decides to stay in that house for a while I hope she keeps the guest house (sometimes referred to as Hawk’s Nest) for Shane. 💜”

Another fan on Reddit reflected on the tribute concert, Does anyone else find that certain songs hit differently after the Wembley concert? Like, just yesterday, i was driving home from work and Love of My Life came on the radio – I have heard this song before (obviously) but for some reason, when it came on the radio, all i could think of was listening to it being played at the tribute concert and seeing all the lights come on for Taylor…not ashamed to admit that I got all emotional ❤️”