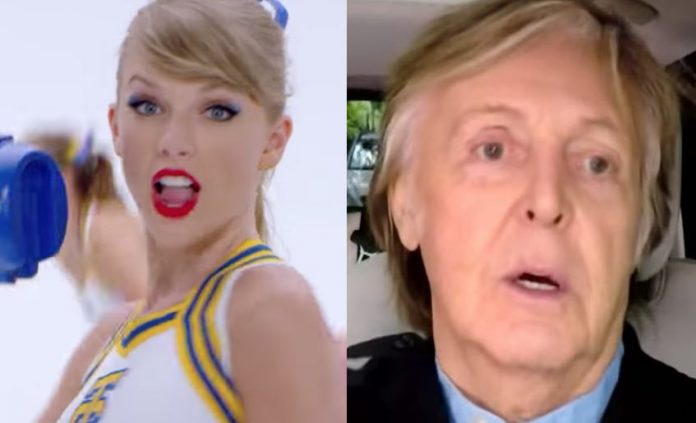 While some haters have said The Beatles icon Paul McCartney is too old and should retire, Taylor Swift defended him in a new Time 100 list, via Billboard.

She discussed Paul McCartney and his extensive career. “I really like it when you go and see a show and you want to hear the songs that you loved. You want all that old, iconic, classic stuff. I like it when a performer knows that and will give that to their fans, rather than being like, ‘No, I’m only playing this new project.’ I think that you got to be respectful of what people want, and I just think that’s really cool.”

“I also really like his new music too,” she added. “He’s still got it. Really love Paul McCartney.” McCartney recently told BBC that “Who Cares?” off his latest album was actually inspired by Swift.