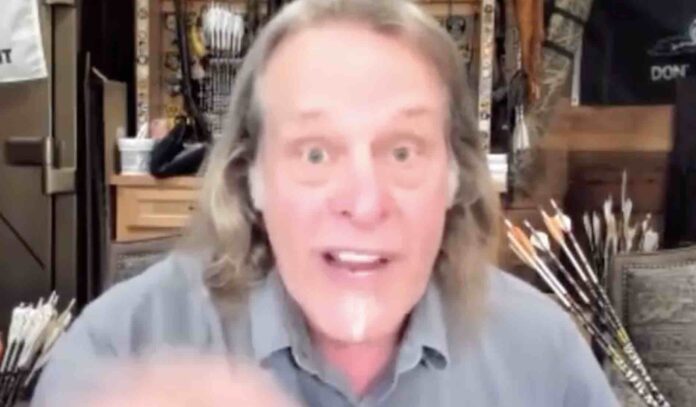 Controversial rocker Ted Nugent recently posted a video clip of Snopp Dogg and Matthew McConaghey having a conversation in a car. Nugent wrote the following in the caption:

Meanwhile, Ted Nugent recently paid tribute to British guitar legend Jeff Beck following his death on January 10. The Rock And Roll Hall Of Famer, who rose to prominence with The Yardbirds, died “suddenly” after contracting bacterial meningitis, his representative said.

Ted addressed Jeff’s passing during the latest episode of “The Nightly Nuge”, a news-style clip in which he offers his take on the news of our world every night.

Speaking to co-host Keith Mark, Ted said in part: “There is not a meaningful guitarist in the world that didn’t discover the brilliance, the lyricism, the dynamics, the vocabulary, the tonal spread of what Jeff Beck literally created. He was inspired by Chuck Berry and Bo Diddley and certainly The Ventures and Duane Eddy and Lonnie Mack and all those original electric guitar virtuosos. Just an adventurous, creative, wonderful guy.

“We did a lot of shows early on with The Yardbirds and Jeff Beck Group and Beck, Bogert & Appice with Carmine Appice and Tim Bogert from Vanilla Fudge,” Ted continued. “But his musical legacy has so enriched real music lovers’ life. And he was a good man; he was a kind man.”

Beck was universally acknowledged as one of the most talented and significant guitarists in the world, and has played alongside some of the greatest artists of rock, blues and jazz.

Over the course of his distinguished 50-plus-year music career, he had earned an incredible eight Grammy Awards, been ranked by Rolling Stone as one of the “100 Greatest Guitarists Of All Time,” and been inducted into the Rock And Roll Hall Of Fame twice — once as a member of The Yardbirds and again as a solo artist. In the summer of 2016, the guitar virtuoso celebrated his five decades of music with an extraordinary concert at the famous Hollywood Bowl.