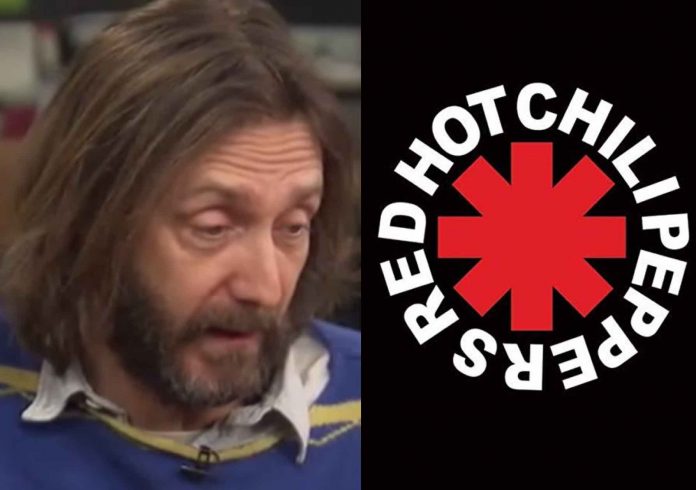 Red Hot Chili Peppers producer Rick Rubin calling out The Black Crowes was revealed by drummer Steve Gorman in his new book ‘Hard to Handle: The Life & Death of The Black Crowes.’ This was when they were still known as Mr. Crowe’s Garden.

“I just don’t see it. I don’t know what to make of you guys,” Rubin told the band. “You’re a southern band and you don’t look southern.” “What does that mean?” the band asked him. “Overalls and flannel shirts and work boots,” he said. “You know, like Skynyrd and Molly Hatchet!”

The Black Crowes were rumored last week to break up before their 2020 reunion tour. Rick said he hated their name, but thought they should keep Crowe in it, and he wanted them to name themselves after Cobb County, the northern suburb where the Robinsons had grown up, but he wanted to change the spelling from C’s to K’s: Kobb Kounty Krows. The band laughed politely at the notion of three straight K’s in a name, assuming it was a joke. “I’m not joking,” he said. The band unloaded on Rubin, who believed they were overreacting.

Chris Robinson then threatened to beat up Rubin, “How about we kick your ass right here in this bar tonight? That’ll get some attention!”

Red Hot Chili Peppers and The Black Crowes are set to tour in 2020, and RHCP fans discussed setlist hopes. EdwinJamesPope posted, “2020 setlist – what new song would you open & close the set with? Can’t Stop / Around the World, & Give It Away have been opening & closing the sets for years. What you would refresh it with for next year? I’d personally open with Fortune Faded, & close with Power of Equality (Slane was incredible).”

RedHotShowoff responded, “I think Dark Necessities would be a good opener, but I’d also like to see Monarchy of Roses make a comeback since it’s been a few years now. For the closer I think they should stick to something from BSSM. I would really love to see them do a 3 song encore which isn’t very common for them anymore. The first could be a new song, the second could be a mystery where they change it up every night, and maybe it’s an older song, and the last one could be GIA, POE, or maybe BTW.”

Spekill said, “Opener: Warped. Closer: Parallel Universe, believe me, this song works absolutely fucking perfectly and actually was the main set closer in 2004 but they never decided to let it close the entire set which is a shame. They could extend the jams they usually do at the end of it so we finally got outro jams again, which is the best thing at RHCP shows imo.” Red Hot Chili Peppers recently revealed a ‘bad’ Michael Jackson secret.