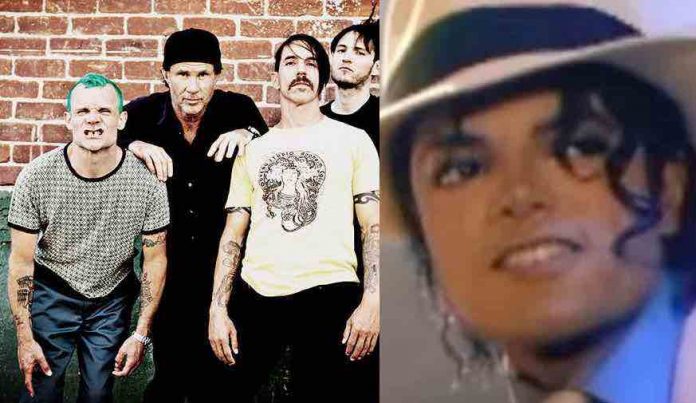 Do you remember the first album you had?

“I remember one album with children’s music. I have recently found it. It was called Pink Panther Punk and there are covers of e.g. Pink Floyd and Billy Joel on it. I remember that I loved it. Apart from children’s music, the first three albums I bought were: Help! by The Beatles, Slippery When Wet by Bon Jovi, and Bad by Michael Jackson. My Dad had a huge collection of albums, I listened to them as a child. I remember a big box with singles that I sneaked from him. A lot of singles by the Beatles and Beach Boys.”

As a teenager you joined The Bicycle Thief but did you play in other bands before?

“Only garage bands. They sounded like music we listened to at that moment. One of them was called Bob. It became difficult to talk about it later because I played with a guy named Bob [Forrest].” Klinghoffer’s ex-collaborator John Frusciante revealed how he was ‘left alone’ by Red Hot Chili Peppers earlier this week.

You started this project with two singles of your versions of foreign songs. How did you find Italian lo soon quell che soon from the 60’s?

“This Mina’s song was on the compilation album featuring European vocalists I found somewhere. It immediately got stuck in my mind. I performed it years ago in Milan. Remembering foreign – for me -words in order to sing them was a great challenge. That evening, worrying about pronunciation, I didn’t sing higher notes as good as I wanted to. When I read words from the sheet of paper or think about lyrics or chords, my voice doesn’t want to cooperate with me properly. It was one of those moments.

I have always wanted to record something that belongs to someone else. I told a friend that I would like to cover that song and Jorge Ben’s song (Menina mulher da pele preta – red). He gave me some courage to record it and release it. It wasn’t necessarily connected with the album but, like I said, the prospect of seeing my name on the cover made my skin crawl. I know I have to work in this psychological problem, but it doesn’t change the fact that my last name is unpleasant.” A Red Hot Chili Peppers member feeling ‘abandoned’ by a bandmate for drugs was detailed last week.