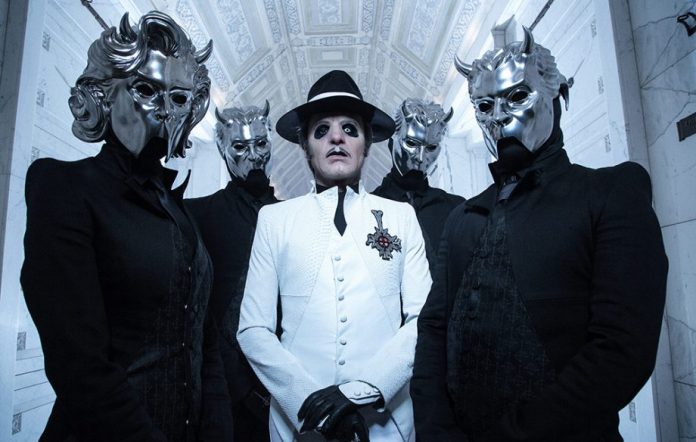 Tobias Forge was defined by his masked character in Ghost until his masked identity was taken from him when his identity was revealed, and he has now told ‘Talking Metal’ in a new interview that he’s had “slightly mixed emotions” about losing his privacy. Forge revealed yesterday how old he plans to be when Ghost ends.

“Now, a few years later, I don’t think about it as much. But I definitely pondered the concept about how to orchestrate that for years before, because I knew it was just a question of time.”

“You can’t have a goal for your aesthetic operation to continue to grow if your intentions with it is to be less known. It doesn’t work like that. That’s defying physics. So I knew that for every step that I was taking in order for the band to become bigger, I’m taking a potential step of ruining the anonymity.

But I also need to be clear in saying that the concept of anonymity as opposed to masked, that was something that I gave up very early. That’s why I always said in interviews there’s a clear distinction about being anonymous and about being masked versus unmasked. And some people picked up on that, [and] some people did not.”

Tobias Forge revealed recently a Ghost album that is difficult to listen to. Video of Ghost performing at the Heavy Montreal festival were recently uploaded, as the band prepares to launch their ‘Ultimate Tour Named Death’ North American arena tour on September 13th in Bakersfield, California.