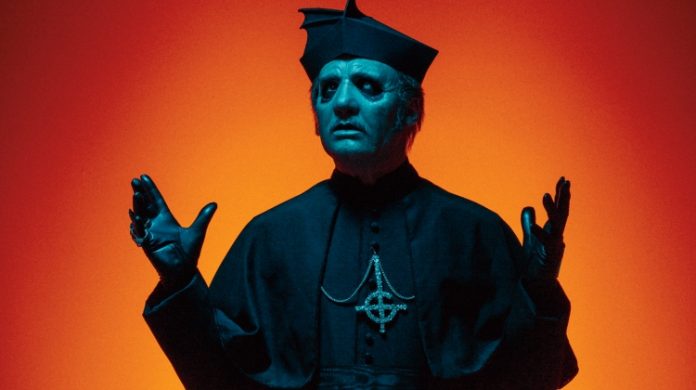 Forge told All Things Loud, “I don’t think that much of the record [Prequelle]. To use a very business-oriented term, I think more of the entire album cycle and where that record has gotten us as a band, and what we’re doing tour-wise. From that aspect it’s been phenomenal, really good. Because it’s wrapping now, I can definitely see the end of the cycle coming up.

I can look back at it now and think to myself, ‘We’ve achieved exactly what we set out to achieve with the record.’ The record was very honest and not a repetition of anything I’d done before, and that’s good. I like it! I don’t listen to the album, but that’s the same thing with all of my records.

As soon as I’m done writing a record and we’ve started playing it live I already stop listening to it. I honestly can’t, because it makes me slightly nauseous.”

A photo of Tobias Forge’s backside was recently revealed by a female fan. Forge recently told The Metal Voice, “The records that I’ve done so far [have] been thematical — loose conceptual… little bit of a framing… As of right now, I know that the next record will be more thematical in the same vein as the previous ones. I can definitely see the concept of doing more of a rock opera in the future… If I’d ever make a rock opera the way that I think we’re talking about here, it would probably — probably — not be necessarily a rock record; it would probably be more classical, more vocal and more traditionally the sort of stuff that you’d hear on a musical — not any musical, but more score-based, if that makes sense.”