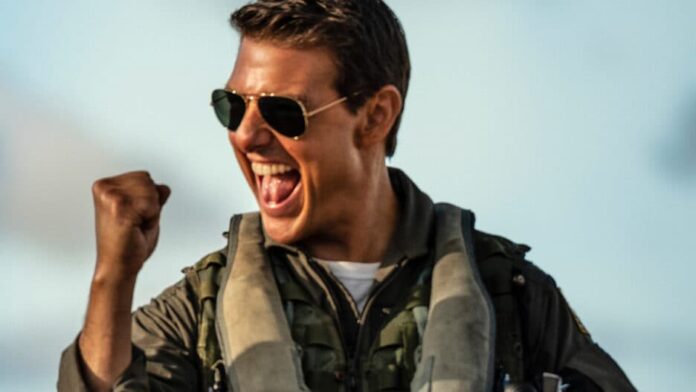 Twenty One Pilots frontman Tyler Joseph recently revealed on Tuesday that he worked on ‘Top Gun: Maverick’ starring Tom Cruise. During an interview with Los Angeles radio station KROQ, Joseph divulged that he was once involved with the music for the movie.

Tyler Joseph talks about his involvement in the movie

“Funny thing, I was working with the music-placement person for the new Top Gun, on writing a new song for them, and then I believe Tom Cruise came in and just fired everyone,” Joseph said. “You’ve seen that new Top Gun trailer has been out for like three years. There’s been a few overhauls, and I was part of that.”

However, Joseph said that he hadn’t gotten far. “I saw some scenes,” Joseph said. “They brought me in to show me some scenes and stuff, and I actually don’t think I started writing.”

One source close to the production had said that Joseph’s comments are “just not true” and that Cruise never saw any songs submitted by the band.

While investigating more about the matter, Yahoo Entertainment reported that they reached out to the representatives for both Cruise and the movie’s studio, Paramount, for comment.

It has been noted in the past that Cruise has a reputation of making harsh comments. In December 2020, audio was leaked from the set of Mission: Impossible — Dead Reckoning in which Cruise can be heard threatening to fire anyone not following the protocols to fight the pandemic.

The sequel to 1986’s Top Gun, on which Cruise is a producer, has been delayed multiple times, at least partly because of the pandemic. The first trailer was released way back in July 2019. It was also recently noted last week that Lady Gaga released her new song for the movie, “Hold My Hand,” which she described as “a love letter to the world during and after a very hard time.”

‘Top Gun: Maverick’ is set to hit the theaters on May 24.