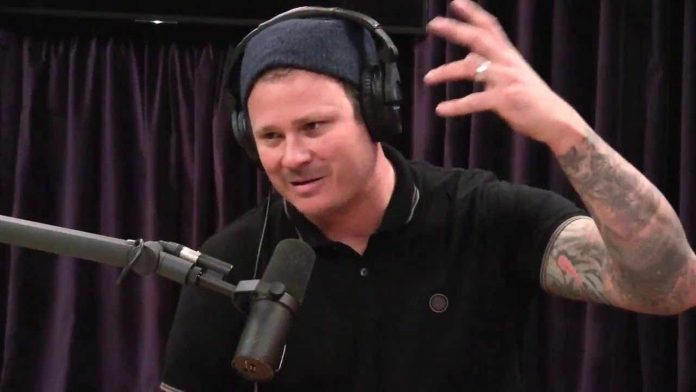 The co-founder of the rock band Blink-182, Tom DeLonge had departed from the group in 2015. This past September marked the 10th anniversary of the band’s ‘Neighborhoods’ album which is the band’s last album with Tom DeLonge prior to his departure. Arriving two years after Blink reunited in 2009 following their 2005 breakup, the record’s often competing sounds reflected the creative tensions felt by DeLonge and his now-former bandmates, Mark Hoppus and Travis Barker. But, it is to be noted how DeLonge, Mark Hoppus & Travis Barker had reunited.

Tom DeLonge outlines the dislike of the fans towards the album

Speaking with ABC Audio, DeLonge recalled the polarizing fan reaction to Neighborhoods. He said that a section of the fans liked the new direction, which brought in more atmospheric sounds akin to his Angels & Airwaves side project, while another section felt it deviated too far from classic Blink.

In the past decade, though, there’s been a seeming growth in appreciation among Blink fans for Neighborhoods. DeLonge compared it to another initially misunderstood album:Beastie Boys‘ sophomore effort, Paul’s Boutique.

“It was different, and it was genius in its own way,” DeLonge says. “But it took people a few years to understand why it mattered so much.” On the moments where [Neighborhoods] really gelled, it’s pretty f***ing rad,” he added.

DeLonge is feeling a bit “too heavy-handed” as he tries to alter Blink’s sound for Neighborhoods, something he admits Barker and Hoppus were “probably rightfully hesitant” to do. DeLonge might not be returning to the band, but he believes that he would be able to strike a better balance between what all band members want from a Blink record now.

“Knowing that I’ve gotten so much out of my system with this type of music with Angels & Airwaves, I don’t need Blink to land here, like I might’ve 10 years ago,” he says.