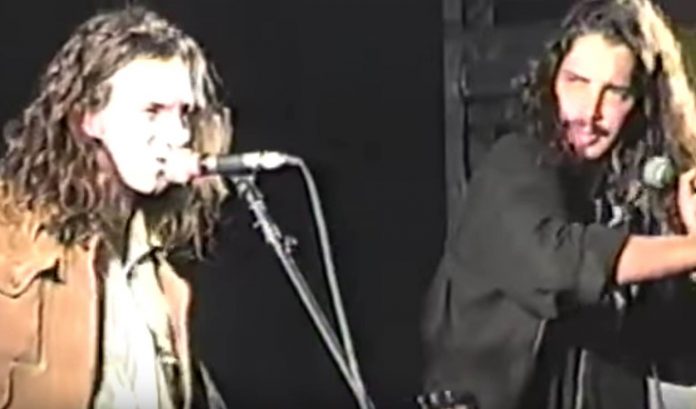 Former Audioslave and Rage Against The Machine guitarist Tom Morello discussed how Chris Cornell and Soundgarden beat out Pearl Jam when it came to launching Grunge into the world in a new interview on BBC’s The First Time With. Alternative Nation transcribed his comments.

“I met Chris I think backstage at Lollapalooza in 92 an maybe at a barbecue at my house and he was just a lovely dude. Huge fan of his, Badmotorfinger was a cornerstone album for Rage Against The Machine.

The intelligence of the lyrics, the sort of poetic indirection and the huge uncompromising metal riffs of it was, that was a brand new thing. Chris sings great and they’re one of the great Grunge bands they predated Pearl Jam, they predated Nirvana. They redeemed metal- and Jane’s Addiction. But Soundgarden redeemed metal in that it made intelligent content a possibility with super heavy music.”