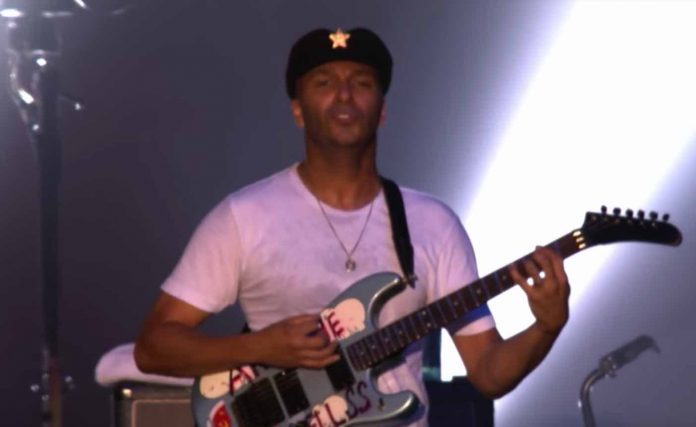 In an interview with Guitar World, the famous Rage Against The Machine guitarist Tom Morello touched upon what the broader guitar community had meant to him during his life, as his albums showcased an impressive roster of guest talent, including members of Bring Me The Horizon, the Manchester Orchestra, Bruce Springsteen, Nova Twins, and others. Tom Morello recently posted video of Chris Cornell’s daughter.

Speaking about London rock duo Nova Twins particularly as a great hope for rock, he spoke highly for them. He hailed the duo as his one of his favorite bands. He also considers them to be a ‘game-changer’.

“Everything about it is great. There’s a tremendous musicianship, a raw intensity as well as a fantastic vibe and an underlying sense of purpose. They’re one of my favourite bands. Over the course of three decades, I’ve seen a lot of great bands that deserve to get their dues but they don’t. Nova Twins are already on that road to really being a game-changer.”

“This rock ‘n’ roll pen pal community was a real lifeline. Every day had started to feel exactly the same but getting to work with different artists of different genres from all over the world, it provided an oasis in a time of great fear and anxiety. This record was an excuse to settle the demons in my brain down during a time where there were plenty of them.”

Rage Against The Machine are set to tour in 2022, 3 years after announcing their reunion and 2 years after their reunion was originally supposed to take place, with a Coachella performance one of their highest profile 2020 canceled gigs due to the pandemic. RATM have patiently waited, and look ready to go this summer as long as plans don’t change yet again.