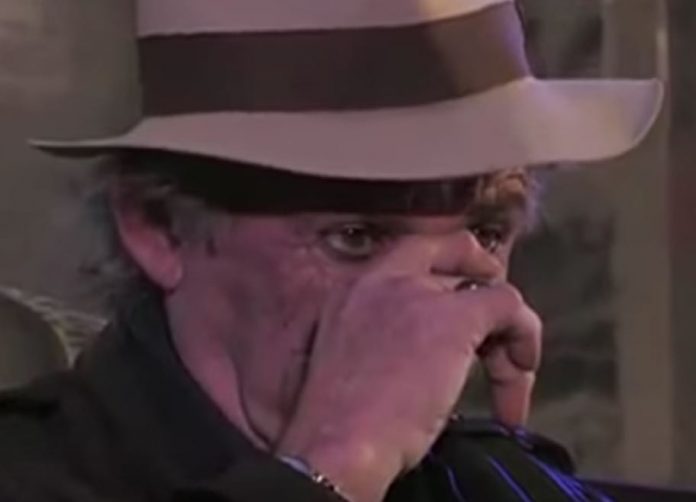 The stories of Keith Richards are a-plenty. Of course, the sexcapades are well noted as are all of the drug abuse that he has put himself through, but one story always sticks out to anyone who is a die-hard fan or just a fair-weather fan trying to get into the music; Keith Richards snorting his father’s ashes.

There has been back and forth on that topic for years. Did it happen? Did it not happen? Well, we now have undeniable footage that says yay or nay to the topic at hand. What’s more is that it comes direct from the man himself. In a recent post by Tommy Lee, he paid a bit of homage to Keith as a video was posted where Keith confirms that he did, in fact, snort his father’s ashes as he laughs about the act and smokes heavily.

The comment section is gold with fans talking about Keith Richards and how legendary he is. One fan stated the following about the foul act by Richards: “A part of him was once in his father, now a part of his father is now in him. The circle of life man, the circle of f**king life.”

Many fans are very well aware of just how Rock n Roll Keith Richards truly is. In fact, depending on who you ask – he may very well be the top of the food chain when it comes to his status.

Another fan would chime in about the rocker: “One time they asked him ‘what’s the definition of Rock n Roll?’ … he simply reply “me”. I believed him.”

No matter what view someone may have on Keith Richards, it’s clear as day to see why he and his antics are held so highly in lore. It’s mainly the fact that almost everything that you have heard about him is true. Not many people can comprehend just what Keith Richards has done in life, but he almost seems to be immortal.