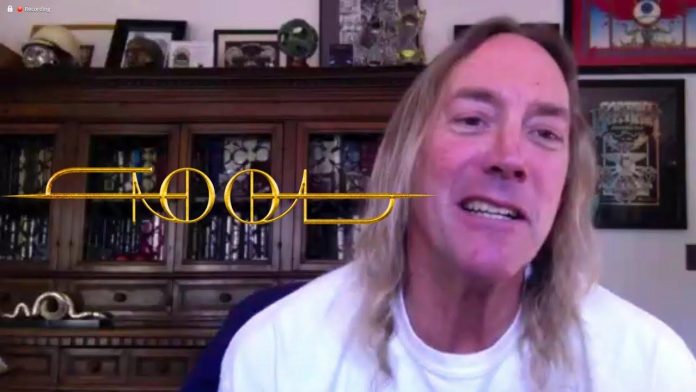 Tool drummer Danny Carey has found himself in a huge slew of issues as of late as many of our readers are very well aware of. Along with his fighting binge, he also went on a big spending binge and bought a couple of motorcycles as well.

To catch everyone up to speed, Danny Carey of Tool was recently arrested and was charged with a municipal assault violation for the Sunday incident. Police stated that Carey used an anti-gay slur and repeatedly jabbed someone in the chest with two fingers.

The Kansas City municipal assault violation is punishable by 180 days in jail, a $250 to $1,000 fine, or both. His next court date is scheduled for Jan. 12 for this happening.

As of now, there hasn’t been much word on what started the whole dilemma and video only shows when all of it started. The oddest part is how everything went from 0-100 so quickly. As stated on Reddit, a Redditor’s brother sold Danny a few expensive motorcycles before any of this went down and Danny gave them an autograph as well that is signed and continues on to say “Best Wishes”.

It’s a very odd case that is being played out and there’s no excuse for the Tool drummer’s actions, but we just wonder why and how any of this even happened or what led up to all of this in the first place. It’s not healthy to watch someone be fine one day and then hauled to prison the next for hurting someone.