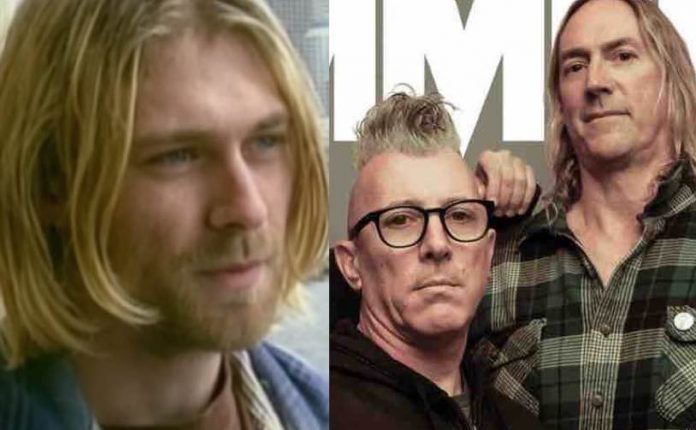 Tool drummer Danny Carey had some fun at the expense of legendary late grunge Nirvana frontman Kurt Cobain in a new interview. The interview took place on the The Trap Set with Joe Wong and Carey vented on how he was none too happy about how there was Something In The Way” of Tool’s classic Undertow album from reaching number one back the 1990s – Nirvana’s Unplugged album! A Tool member suffered a horrible Injury after a  recent fall.

Carey describes how he called Cobain, who was deceased after the time of Unplugged’s release, calling Cobain a “Dead Junkie”. AlternativeNation transcribed Carey’s comments below. A few days ago, Tool savagely call out ‘annoying’ Maynard James Keenan.

Danny Carey: The work began when we got the deal but it was also the confidence at the time – we knew it was gonna fucking happen, man. Undertow, that record, like I said, fifty was the highest that it ever climbed on Billboard but dude, it was so cool the way it got set up for when we did the Aenima one it knew this shit was catching fire. We knew were going number one, but then Nirvana released that fucking album, In Utero! I remember going into our fucking record company and they were all thinking we were going to be number one – it was number two. I go:

“I can’t believe we got beat out by a dead junkie!”

Joe Wong: Oh it actually must of been the Unplugged record then.