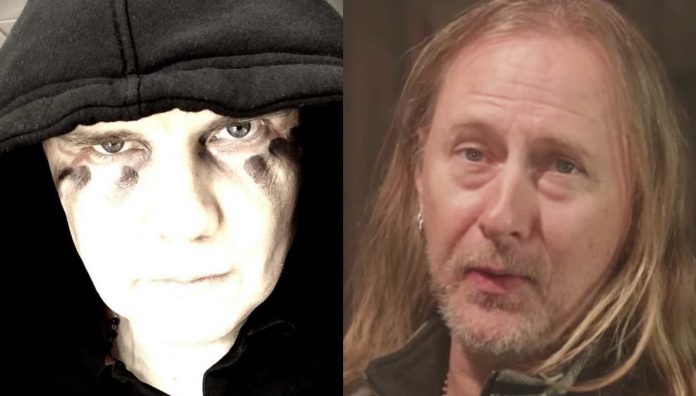 Holy Sweet God Damn! 2018 is just about over and with that, another year of great music has come and gone. When you look at the great amount of releases in 2018, there is a pretty common theme throughout; rebirth. It’s very possible that 2018 may go down in history as the year of the rebirth of rock. Grunge gods, guitar heroes, masked metal madmen and reformed alternative legends all got in on the action in 2018, providing a plethora of listening options while a few bands announced their arrival onto the rock scene with their releases. Don’t let anyone fool you. Rock is alive and well thanks to these fantastic releases this year.

With a richly progressive mission statement and dangerously good chops, released Snow Queen on April 20th of this past year and man, what a ride! Through nine songs, Illusionaut take you on a musical out of body experience filled with spacey guitars, thunderous drumming and some down right nasty fuzz bass. They may claim to be from Little Rock, Arkansas but I swear to God they sound like they’re from another world.

Jack White is nothing if not an individual. Refusing to bow to the conformity of musical norms, White continued to march to the beat of his own drummer (Not Meg) with Boarding House Reach. Debuting at number one on the Billboard Top 200, White proved that while some of the chances he takes may have a mixed reaction, there is a great appreciation and respect for someone an artist in every sense of the word.

Trent Reznor has been thrilling music lovers for just about thirty years and throughout that time, the musical madman behind Nine Inch Nails has only gotten better. For NIN’s ninth album, Reznor got a helping hand from his long-time film score collaborator Atticus Ross. The duo excel at creating atmospheric, surreal industrial rock music with Bad Witch driving the point home. “God Break Down the Door” is classic NIN while still pushing the band forward into new territory, with Reznor putting his saxophone skills on full display.

7. A Perfect Circle- Eat the Elephant

Anyway you look at it, fourteen years is a hell of a long time inbetween albums. For A Perfect Circle frontman Manyard James Keenen, the concept of taking some time in between albums is not all that shocking; we’ve been waiting nearly as long for the next Tool record). Eat the Elephant definitely provided a lot more classic A Perfect Circle vibe than the 2004’s cover-heavy album, Emotive. While it never quite reaches the heights and immediacy of the band’s untouchable debut, Eat the Elephant is a worthy addition to both the band- and Keenan’s discography.

6. Slash featuring Myles Kennedy and the Conspirators- Living the Dream

In case you’ve been living under a rock or hiding under a giant top hat, you are well aware that the last couple years have been insane for Slash. The excitement revolving around his and Duff McKagan’s return to Guns N’ Roses is hard to put into words but is likely the biggest reunion in the history of music. One incident bystander to the awesomeness of the Not In This Lifetime Tour though was Slash’s solo band. Living the Dream flew under the radar in its creation but its release was a welcome release that paired the best guitarist of a generation with arguably one of the greatest singers of this generation. Living the Dream, the third outing from the band is their best yet.

Three fourths reunited, Billy Corgan and one of Alternative’s most revered bands returned with Shiny and Oh So Bright Vol: 1.The tenth album from the Pumpkins, you get the sense that this is the album Billy Corgan has been waiting to make over the past decade while dealing with a revolving door or replacement Pumpkins. The return of James Iha to the fold is as wonderful a return you can imagine. His guitar playing is as important to the Pumpkin’s overall sound as Billy Corgan’s and with the two of them back together it doesn’t get much better than that. Here’s to hoping Shiny is the beginning of the second coming of the classic Smashing Pumpkins.

Like the band at number three on our list, Ghost is slowly taking over the world of metal and rock. If you’re not familiar with Ghost, trust me, soon you won’t be able to escape them. Ghost combine a unique take on classic rock theatrics bands like Queen with the hard-hitting brutality of early Metallica to craft an insane and horrifyingly addictive sound. Debuting at number three on the Billboard Top 200, Ghost achieved their greatest chart success yet with their fourth album. Lead single “Rats” became the band’s second track to hit number one on the US Mainstream Rock Chart. Cardinal Copia and his gang of Ghouls are quickly becoming the biggest metal band not only in America, but the world.

Greta Van Fleet released their much anticipated debut album in 2018. It’s hard to think of a band in recent years with a buzz like this going for them. With Peaceful Army, the classic-rock influenced band came out swinging with huge hooks, wicked guitar work and some really wild takes on the classic rock form. The definite Led Zeppelin companion is fair but it’s also high praise. Their sound is more inspired than derivative. Greta Van Fleet possess the one thing many bands do not; self-awareness. They know who they are and succeed at playing to their strengths in a way so many other bands wish they could. For a band this young to possess this much soul is scary. There’s no telling where Greta Van Fleet will go from here but there’s no doubt the path there will be rocking.

How do you replace a legend? The answer is easy you don’t. You honor the legacy and find a way to move forward and for Dean DeLeo, Eric Kretz and Robert DeLeo, that is exactly what they’ve done with Jeff Gutt. Stone Temple Pilots are one of America’s biggest (and most tragic) bands. Scott Weiland is irreplaceable. Fact. But the DeLeo Brothers and Kretz are phenomenal songwriters who can seemingly fall down the stairs and stand back up and have a killer song ready to go. The band’s second self-titled album and seventh overall is a welcome return to Purple and Tiny Music era of the band while serving as a nice launch pad for the next chapter of their long, storied career. And “Meadow”. I mean, does it get any better than that?

You simply cannot deny the power of Alice in Chains and the everlasting influence of Jerry Cantrell as a songwriter. Rainier Fog is the band’s sixth album overall and with it, they now have the same amount of studio albums with William DuVall as they released with the late Layne Staley. Grungy, heavy, harrowing and darkly beautiful, Rainier Fog further cements AIC’s legacy as one of- if not the greatest band to rise out of the Seattle Grunge scene. The slick rhythms, haunting melodies and fierce fret-work are all there in full supply. There’s an art to the Alice in Chains sound. Often duplicated, never replicated. There simply is no one else on this level. “The One You Know”, “Red Giant” and the title-track are classic Alice in Chains. Coming five years after the divisive The Devil Put Dinosaurs Here, Rainier Fog will sit in the upper portion of great Alice in Chains albums while also having the title as Alternative Nation’s number one album of 2018!