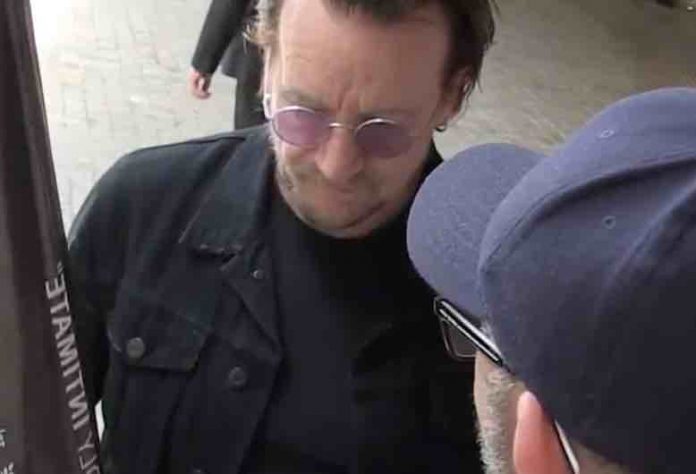 Multiple fans have reported being disturbed by U2 frontman Bono’s comments at a recent concert.

It is unknown exactly what Bono said to spur such disdain from certain audience members. Bono has always been very vocal politically and has been involved in plenty of activism. He often swings nonpartisan to achieve his goals, being the the founder of ONE; according to their website, “ONE is a global movement campaigning to end extreme poverty and preventable disease by 2030, so that everyone, everywhere can lead a life of dignity and opportunity.

We believe the fight against poverty isn’t about charity, but about justice and equality… Whether lobbying political leaders in world capitals or running cutting-edge grassroots campaigns, ONE pressures governments to do more to fight extreme poverty and preventable disease, particularly in Africa, and empowers citizens to hold their governments to account… ONE is strictly nonpartisan.”

Bono’s twenty year old son, Elijah Hewson, is the frontman of the band Inhaler. Hewson sounds eerily like his father; you can check out his band’s single “My Honest Face” below. The band’s debut album is expected to release in 2020.

Hewson told The Irish Sun: “We started two or three years ago just as kids in a school band doing covers and that sort of thing.

“I don’t think any of us knew what we wanted to do after school. The band was something we always enjoyed, so we decided to go for it this year and it’s really worked out well.”

When did U2 become an utterly shit live band ? Watching the Berlin show on sky arts. Bono's bants are excruciating , and the band completely uninspired. Cartoons of themselves 🙁

Just turned Bono off the bloke’s getting on me fuc**ng tits with his political bullshit I mean this is meant to be a concert with brilliant U2 music but no he had to spoil it !