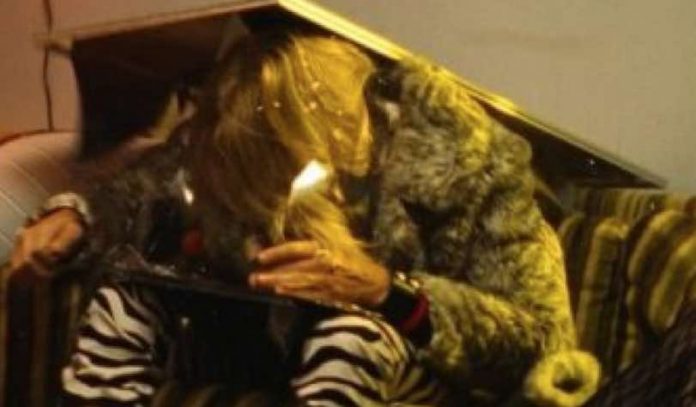 Van Halen icon, Sammy Hagar was interviewed on a new edition of Lance Armstrong’s show, The Forward Podcast. Here, the A-list Olympian and former Van Halen frontman discuss the controversial straight to video on Netflix film, The Dirt as well a particular scene it was recreating in which an actor portraying “Diamond” David Lee Roth uses cocaine at a party with Motley Crue. Alternative Nation transcribed Hagar and Armstrong’s comments.

Armstrong: But you know, David Lee Roth is in it. [The Dirt]

Hagar: The Diamond himself!

Armstrong: Well not him, but they are recreating one scene at this hotel, they’re all partying and Roth’s doing blow. I mean, apparently, a lot of that is the truth. I mean, if that was the life dude. I don’t know how anybody survived that life.

Hagar: I gotta say, the Eighties were awesome, they were fucking great. Thank God I’m not an addicting personality otherwise I’d be fucked like most of those guys. I mean most of those guys ruined their lives in the Eighties. You know, they’re dying at sixty-seven or sixty-five and all that but man it was a fucking good time.

Hagar: I gotta tell you, I will never, ever, dog the Eighties, ever. Hair bands, guys doing around, we could dress as fucking women and we could wear high-heeled shoes and silk fucking pants. Man, come on man. It was just, anything goes and you could write the stupidest song and have a hit with it. All of those sexually incorrect politically shit and talk about your sexcapades.

Hagar: Tommy is a great guy.

Armstrong: It’s hard to believe that anybody in a human being can be that crazy.

Hagar: I think Motley Crue and a couple of other bands probably take it farther than most bands did.