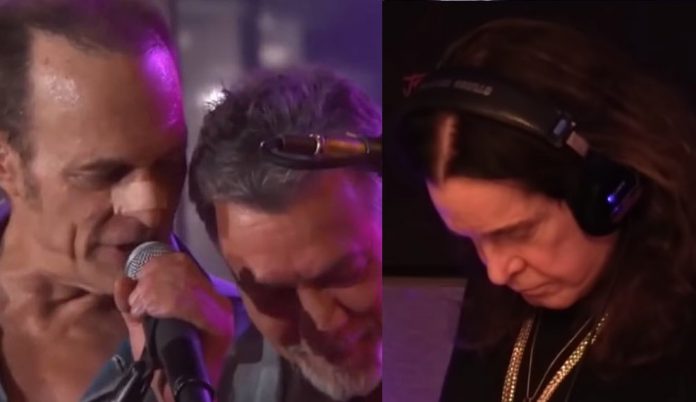 Joe Rogan: Can you imagine though, being in an ambulance, you look up and it’s motherfucking David Lee Roth telling you’re gonna be OK? You’d be like, “I’m dead, I must be dead.”

David Lee Roth: Only twice has that actually happened because I worked in the hood, I worked at night and only worked [in a situation where] you’d never expect to see me. Once was after Ozzfest.

Roth: Some poor kid drank too much or whatever, he was out of sorts, sitting on the corner and somebody phoned him in from the local liquor store and you could see the disbelief in his face. You know, when I leaned over and said to him, “you’re gonna be just fine,” it was like the lyrics of an Ozzy [Osbourne] song come to life. Beyond that though, nobody really ever did [recognize me]. I weighed fifteen more pounds, I was doing the Arnold routine at the weight stack.