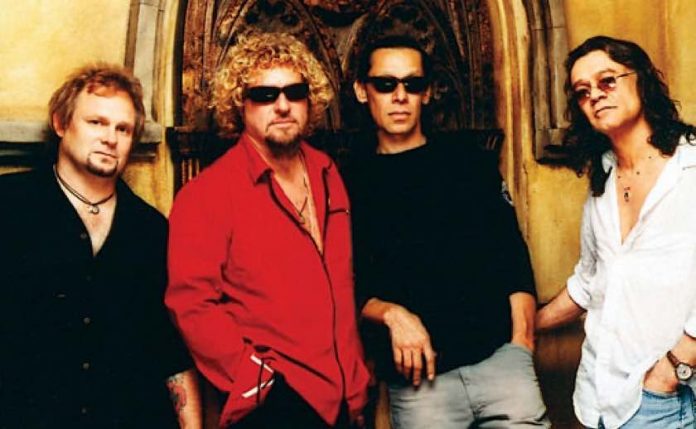 Former Van Halen singer Sammy Hagar discussed his future touring on Eddie Trunk’s SiriusXM show, “I’ve thought about it long and hard. And that’s one of the reasons why I don’t want to go out and tour too much next year, because it could be the last one, and I don’t really know. My thing is I would never — I’m saying never say never. Well, right now I’m gonna say I will never announce a farewell tour, go do a big, long tour and then keep going and keep going, like all these other people do. It makes me sick to do that. I would rather not say nothing and just… when I do my last show, it’s my last show. I might say it then, but I’d rather not make no pre-announcement, in case I wanna keep going.

“I’m so glad you asked that question. It’s been on my mind real hard,” he added. “How do you go out? Do you just go away? I don’t know. I’m too public of a figure and I have too many businesses and things to where I can’t just go away; somebody’s gonna catch me somewhere. They’re gonna say, ‘What are you doing?’ So it seems like I almost have to make an announcement, but I’m not solid with that yet, and it’s not time yet. But I am thinking that way. How am I gonna do it when it’s time? And I don’t know. I’d rather just say one show, ‘You know what? That’s the last show. I’m done. I can’t do it anymore.’ I’d rather just say that.”

Hagar said he’ll never do a farewell tour, “The day I do something just strictly for money at this stage of my life, you can call me a greedy piece of shit. I do not need money, and it’s not why I do things. I don’t blame some people for doing things for money — you have to; you’ve gotta make a living, for god’s sakes — but I don’t have to. So at this stage of my life, no money grabs.”