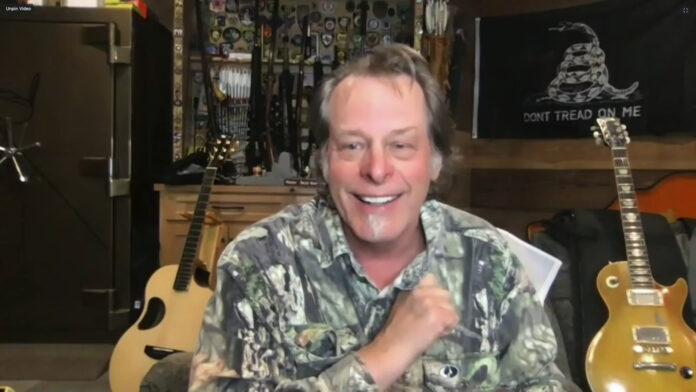 Ted Nugent unloaded on artists like Madonna getting in the Rock and Roll Hall of Fame in a new Metal Castle interview.

“To all these publications, Rolling Stone, the Hall of Fame, I’d say to all of you: be honest. Because, at this point, it’s getting a little bit ridiculous. It isn’t very ethical.

If Grandmaster Flash, Madonna, Abba, and Patti Smith got in before Ted Nugent, then it’s a dishonest, good old boys club. If it’s about the music, then Ted Nugent should be in there, regardless of politics and outlook on life. And that’s all there is to it. I mean, if you love that music, have a nice day. I don’t like that music, and it’s not rock ‘n’ roll.”

Earlier this year, Nugent unloaded on Joan Jett getting on Rolling Stone’s 100 Greatest Guitarists list before Mark Farner and Dick Wagner, though he praised Jett as a performer and did not attack her.

“You have to have shit for brains and you have to be a soulless, soulless prick to [include] Joan Jett.”

Jett responded at the time, “The guy who shit his pants – literally – so he didn’t have to go in the Army,” didn’t belong on the list.