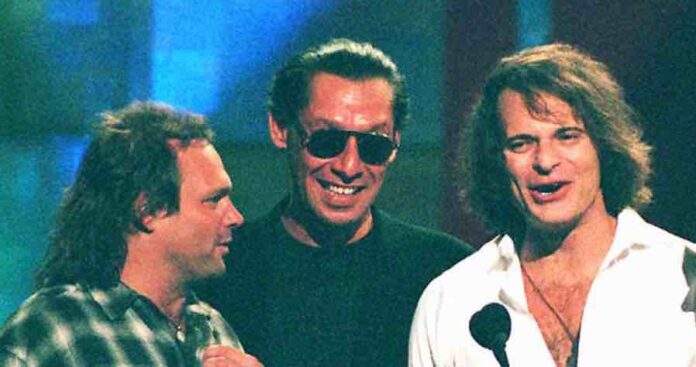 The prospects of a potential Van Halen tribute show have been widely reported. This first came to be during an interview with the Palm Spring Post that Metallica legend Jason Newsted was invited to jam with Alex Van Halen, David Lee Roth, and guitar legend Joe Satriani. This would have led to a tribute tour, which Newsted turned down because he felt it wouldn’t live up to the legacy of Van Halen. The new 2022 Van Halen lineup was recently revealed by this big name.

Now, former Ozzy Osbourne guitarist Gus G spoke out on the matter in a new interview with Blabbermouth, proclaiming he would do such an endeavor but wouldn’t be the right guy. Credit to the outlet for the following.

“That would be very difficult and challenging to do it justice. I don’t know who could do it. [Laughs] It would be scary. Joe Satriani is one of the few guys who could pull it off because of who he is. He’s such a unique guitar player. Plus, he’s done it before with Deep Purple. From a technical point of view, yeah, I don’t think I would be the right player because I don’t use the whammy bar. I’m playing a steady, fixed bridge.

I don’t do a lot of whammy bar tricks. I do tapping, but not as much as other guys. Could I do it? Could I learn the songs? Of course. I could do it, but I don’t think I’d be the right guy for such a thing. It’s scary as a guitar player walking into such a spotlight. It was scary for me 12 years ago when I did the Ozzy thing. I never thought of myself as that type of guitar player, but when Ozzy looked at me and said, ‘You’re the guy.’ I started thinking about it differently: ‘Well, if he sees that, then I should believe in myself more.’ [Laughs]”