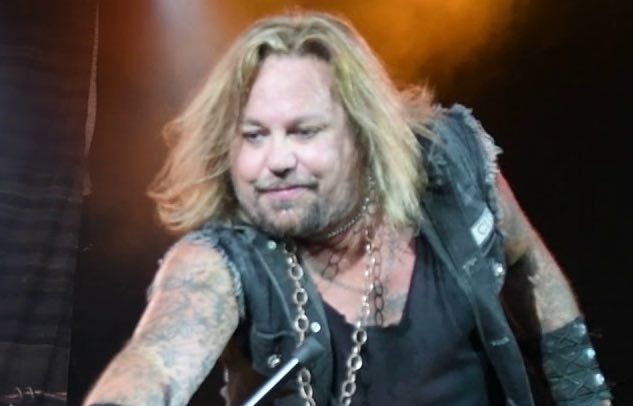 Motley Crue singer Vince Neil has taken a new photo of his backside where he looks notably thinner, with his shorts and jacket looking big on his smaller frame, though it could be the angle. This comes on the heels of Nikki Sixx revealing how Neil is working hard to lose weight for Motley Crue’s 2020 reunion tour.

ParaDime posted on MetalSludge.TV, “If Vince is smart or the Motley Team is smart, they keep him out of the public eye, off social media until the tour. Dry his ass out for a few weeks, get the diet straight, build some tone and do the damn thing. I know, optimistic.”

RaceFan3 said, “Diet is everything. It’s also the hardest part to change, and stick to. The workout part is easy.

There’s an old saying in the gym world that’s popular with bodybuilders & personal trainers: “Weight is gained or lost in the kitchen, not the gym.”

That is 100% true. You can exercise all you want but if the diet isn’t right, your body can’t change. That’s why you see fat dudes who are actually in really good shape (athletic, strong, energetic, flexibile) but they still pound 30 cheeseburgers & 10 bags of Oreos a week, so they look overweight.

Vince may be killing it in the gym, hell, he can even keep drinking too, but if his food & supplement intake isn’t set right, he’ll still be a blob.”

He later added, “Im blanking here…what was that reality show he was on in 04, before the reunion tour in 05? I know that was probably just some bullshit ‘for TV’ but I remember a scene where his personal trainer showed up and literally emptied Vince’s fridge and ripped on him for eating nothing but junk food 😆 He actually did get in pretty decent shape for that tour though. But fuck, that was 15 years ago…” Vince Neil ‘gaining muscle’ for the Motley Crue tour was just revealed.