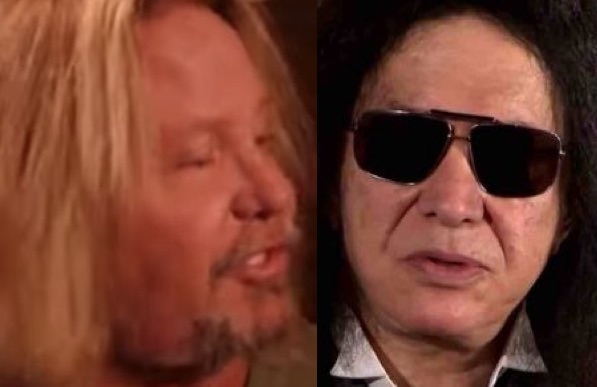 Motley Crue frontman Vince Neil was recently interviewed by Miles Schuman at the Rock and Roll Fantasy Camp. Neil recently made a huge 2020 new album announcement, and revealed if it’s Motley Crue. Here, Neil discusses if any of the Motley Crue members ever had any TV/film aspirations as well a close call they group had to being in the cult Joel Schumacher Eighties classic – The Lost Boys. Later Neil would discuss how Gene Simmons and KISS influenced Motley Crue. Alternative Nation transcribed their comments.

Neil: I think we all did [have film and TV aspirations], back in the early days of Motley Crue – you remember the movie The Lost Boys? They were gonna put Motley Crue as those vampire guys. Thank God they didn’t do it. I’ve done a little bit of film work and those guys work too hard. I rather just be on stage and sing over what those guys go through.

Neil: Well yeah, KISS has influenced most everybody and have been around since the early seventies. I mean, I was in high school crankin’ KISS,  you know? With Motley Crue though, we had a lot of influences and it was of of course KISS with the theatrics but it was also the New York Dolls, the Sex Pistols and it was on from there. It was KISS’ stage theatrics absolutely.