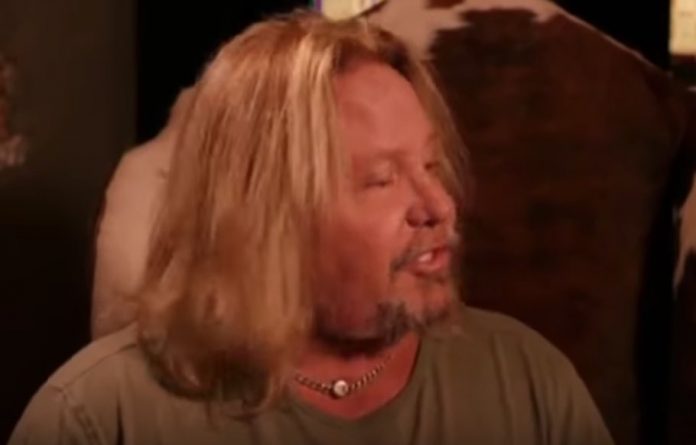 Schuman: Once Motley Crue did work out and you found success in music, I imagine you gotta go back to your hometown at some point and people probably act a little bit different towards you now that you’re a star, right?

Neil: No because we started [inaudible] at the beginning of Motley Crue, I was still living at Tommy [Lee’s] house and living in his van, things like that. I was an electrician back then. So I still had a day job and Tommy, I think he used to paint houses. We still didn’t have any money until later on but until signed with a manager who gave us twenty dollars a week – we thought that was a lot of money. We also signed a twenty-year contract with the manager because he gave us a hundred dollar bill each. Each, for twenty years, that’s incredible.

Vince Neil recently revealed who rejected doing further lucrative Motley Crue reunion tours. This is not the first time that the public has been made aware of the inner workings of Motley Crue. Allen Kovac, manager of the group spoke recently in an interview with finance authority, Forbes magazine, “We traded a contractual advance. Sylvia Rhone at Elektra had not wanted to pay so we made a deal: ‘Give us $2 million, keep $10 million and Mötley will own their masters and copyrights.’ So this band earned $150 million dollars and dropped $10 million for $140 million total. Only in the music industry could this happen!”

Motley Crue bassist Nikki Sixx added, “It has to be the responsivity of the artist to run the business like a business. You can sit in a room with a pizza box and make really great rock or whatever, but to operate it you need to have really clear vision so you don’t run out of money and then have to do things that are below the bar. Try to keep raising the bar instead. If you have financial security, you can tour when it’s the right time to tour and you can do things that are right at the right point. And who is that for it is for? It is always for the fans.”