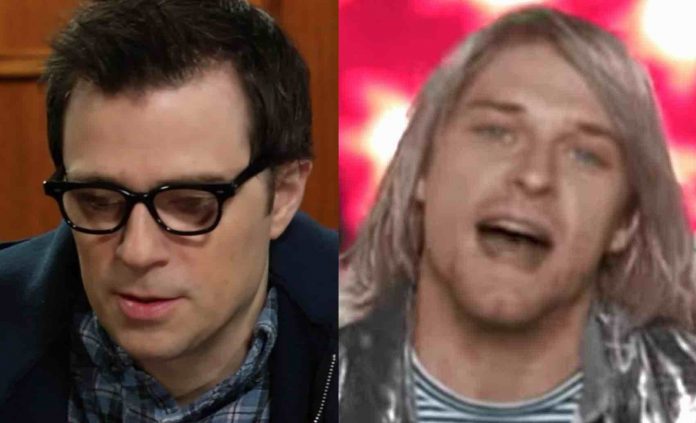 He also posted on Instagram, “It’s fun to look out [in the crowd] and see people I know who are crazy about me and fully supportive. The first time I recognized someone out in the crowd it was so cool because a flash of recognition and delight flashed across her face! (Delight as in ‘oh he recognizes me’ not delight like I am so awesome or anything.) Seeing someone I know brings me back to a reality of sorts, and I like to be in my normal zone during performances, so that’s welcome.”

“Another one of the great mysteries that will never be solved. How would have Kurt’s songwriting changed with his age and the times.”

He tweeted last month that he was missing Kurt.

Cuomo discussed Cobain and Nirvana in a 2014 Rolling Stone interview.

“When Nevermind came out, my roommate had the CD. At first, I actually thought, ‘This is too polished and commercial.’ It was a little off-putting. But then I was like, ‘This is the best music ever.’ It felt so close to what I wanted to do. I thought, ‘I can write chord progressions like that. I can write melodies like that. This is something I can do.’ This was right around when Weezer started. I probably wrote ‘The Sweater Song’ and ‘The World Has Turned and Left Me Here’ and ‘My Name is Jonas’ that month – all those early Weezer songs – and then we had our first rehearsal in February of ’92. It’s impossible to avoid the conclusion that Nevermind really inspired us to go for it.

We were in the studio making the Blue Album when In Utero came out, and we were on the same label as Nirvana, so we got to hear it pretty early. It just deepened our love affair with Kurt. Somewhere in the back of my mind was the hope and the fear that some day I might meet him. I would love to have met him – but then again, I was afraid of it, because I was quite certain that he would despise my music and everything we stood for.

After we finished the record, I was enrolled in community college in a music class. I remember coming out of the class and my friends telling me that Kurt had died. It was such a great blow – not only to me, but to everyone in Weezer, everyone we hung out with. It was very hard to listen to any other music for weeks after that. Everything just sounded shallow. Nothing sounded as sincere as Nirvana’s music. It took a long time for me to accept that any other music could be good in other ways. Including my own.”