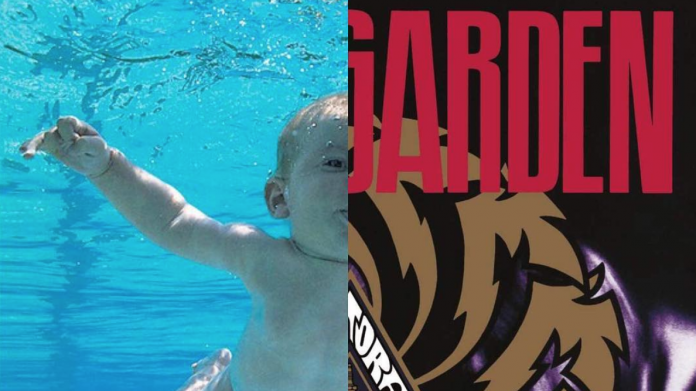 Badmotorfinger is Soundgarden’s third studio album, and although Ultramega OK and Louder than Love both had great tunes – BMF is essentially the one that showed what they were all about. Angry, immense, and full of energy, this hard-packed record was released 27 years ago today, the same day as Nirvana’s Nevermind. Since Nevermind is what truly made Nirvana blow up, it overshadowed a lot of the other big records that came out of Seattle around the same time, like Pearl Jam’s Ten. Put it this way – Badmotorfinger was certified 2 times Platinum and Nevermind was certified Diamond, and they came out the exact same day.

Badmotorfinger is my personal favorite Soundgarden record, and is overall one of my favorite records of all time. The passing of Chris Cornell really destroyed me as a fan of theirs, but I have always argued that Soundgarden was actually better than Nirvana. Therefore – here is a ranking of the songs on Badmotorfinger, and you can decide for yourself which of the two albums is better. For the record, I don’t think there is a single weakness on this album, but be sure to let us know what your favorites are!

I guess it’s ironic that the last song on the album is last on this list. It’s not that there’s anything I don’t like about it, just prefer it the least out of the rest. It has a really slow, dark sound to it and hones in on a pretty dark topic as well…yeah I guess that’s most Soundgarden songs.

Have you ever heard a song start with such an intense “WOO”!? “Face Pollution” is a short but very energetic and powerful piece. Not sure what face pollution exactly is but Soundgarden makes it sound cool. And Matt Cameron is one fucking hell of a drummer.

Personally, I think this entire album can be defined as a “mind riot.” This is one of the slower songs for sure, but no less impactful. The chorus is especially eerie as Chris is wailing about a candle burning and someone’s best friend dying. We, Soundgarden fans, lost our best friend when he left. And unfortunately, it’s hard not to fixate on that when you hear him singing about it.

When this song begins, you think to yourself, hey this is like the only song on the record where Chris sings in a low voice. Yeah, for the first line of the verse. Then he hits us with his high range again that makes us feel oh-so-great about ourselves. This song features some strong guitar melodies and basically takes a metaphoric shit on religion. Talk about the perfect combo.

Does the beginning few lines of this song remind anyone else of “I Dreamed a Dream”? No? I mean the rest of it definitely doesn’t. Anyway, this is kind of just one of those tracks I simply like for the way it sounds. That scream at the end is how I scream in traffic.

And this is what I meant when I said Badmotorfinger is really the record that showed the world what Soundgarden is all about. “Rusty Cage” is such a powerful opener for an album and it really sets the mood for the rest of it. If you had never heard Soundgarden up until this song, you liked them immediately. Johnny Cash covered the song – that’s pretty telling in itself.

This song is A LOT. It has a bo-diddley, bluesy rhythm to it, and there are even horns in the background. This is a lyrical highlight on the album as Chris spews metaphors out one after the other without taking a breath. “Wallowing in my own obscenities, share a cigarette with negativity.”

If there is a Soundgarden song to demonstrate everyone’s musical capabilities…it’s this one. It’s a fast-paced kick in the teeth with a ballistic drum/bassline, thrashy guitars, and Chris screaming throughout basically the entire thing. It’s like the audial version of a psycho ward. They performed it at a majority of their sets in their finals years, proving to the world that age wouldn’t inhibit their talents.

I will never forget the first time I heard “Outshined.” I don’t think a better quote can explain angsty, depressed teenagers than “I’m looking California and feeling Minnesota.” The guitar riffs are so heavy, Chris’s voice is so raw. It’s just a complete banger of a song.

I often think this song is really overlooked, and I never understood why as it’s one of my favorites on the record. To each his own of course, but the guitar riff and overall beat is so catchy. Plus, you hear a pretty demonic snarl at the end of the second chorus. Little things that stand out like that are always my favorite parts about songs.

Searching with My Good Eye Closed

Again, I have no idea what “searching for a ground with my good eye closed” means, but this song is incredible. It’s Soundgarden’s version of grunge-meets-psychedelic. The intro with the animal noises is one of the most unique things I’ve ever heard in a rock song before and it’s humorous too. Then the song builds and you just get this trippy melody with echoing vocals – it’s mesmerizing.

Yep, here we go. This is arguably one of Soundgarden’s best songs, if not the best. The way it starts so slow and mysterious and then builds just in the intro alone is enough to get you hooked. The guitars are screechy, and I can just envision Chris stomping around on stage growling the words. It’s not his best lyrical performance as the verses are pretty simple, but is definitely high up there on the vocal chart. Screaming to wailing, clean to distorted, he has it all under control no matter which style he uses. It all sounds great. And it makes you want to break things and scream at the top of your lungs even though you know you won’t be able to hit the notes. I think Badmotofinger overall just showed how talented Soundgarden really as. Nirvana fans? BLEEEEEED YOUR HEAAAART OUT!