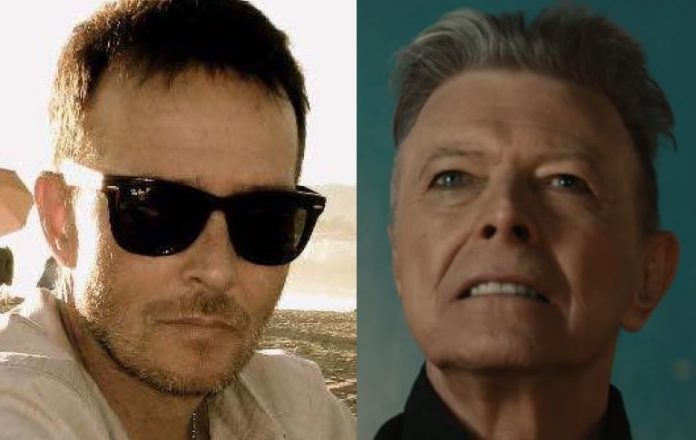 Late Stone Temple Pilots frontman Scott Weiland’s musical hero was David Bowie, and shortly before they both died in December 2015 and January 2016 respectively, Bowie reached out to Weiland offering help with his demons through former MTV 120 Minutes host Matt Pinfield. Pinfield documents the story in his book All These Things That I’ve Done: My Insane, Improbable Rock Life.

“The last time I saw David, at the end of our conversation he pulled me aside and said, ‘I know you’re friends with Scott Weiland. Please let him know that I’m here to talk if he needs someone.’ I think he spotted in Scott a kindred soul. Not only musically – you can hear the Bowie influence so powerfully on STP songs like ‘And So I Know’ on their third album, and ‘Kitchenware & Candybars’ on Purple – but in terms of the demons he was fighting. So backstage at one of his solo shows I passed along that offer to Scott, and he said, ‘I’d love to talk to him.’ That was my final encounter with Scott. By the start of 2016, both he and Bowie were gone.”

Weiland died from an accidental drug overdose in December 2015, while Bowie died from cancer just a month later in January 2016. Weiland covered several Bowie songs throughout his career including “Jean Genie,” “Ashes to Ashes,” “Andy Warhol,” and “Fame.” Weiland told Alternative Nation in a November 2015 interview, “Most of my favorite David Bowie songs were from Low, Lodger, and Heroes.”

When I suggested he cover “Panic In Detroit” he seemed game, but thought my idea of a David Bowie covers album was a bit much.

“Yeah, that would be cool, but it seems a little too obvious, though.”