On his Instagram story, Armstrong crossed out ‘worst’ and made it a ‘Best to Great’ list. Revolution Radio was called the band’s second worst album. He also crossed out the word ‘pop punk’ in a quote that called them ‘the best pop punk band of all time.’ Billie Joe may have a future in blogging!

Armstrong also revealed his favorite song from Green Day’s ‘worst’ album in a video post. He said, “This is probably my favorite from the trilogy. ‘Lazy bones.'”

Uuigull posted on Reddit, “I feel like the Uno, Dos, Tre trilogy is exactly like the Star Wars prequels. Originally were met with excitement and people were ok with it, then people totally turned on them, then once we were given a lot of time and saw nothing for a while people meme’d them and then once we got new stuff everyone started appreciating them more. Weird.”

Green Day released their trilogy in 2012, and Billie Joe Armstrong had a meltdown onstage as the band were kicking off their tour for the album, leading to him going to rehab and many tour dates being postponed to 2013. Green Day are set to release a new album titled Father Of All Motherf**kers in 2020, and they will tour North American stadiums next summer with Weezer and Fall Out Boy on the Hella Mega tour. Billie Joe Armstrong revealed a surprising touring replacement last week. 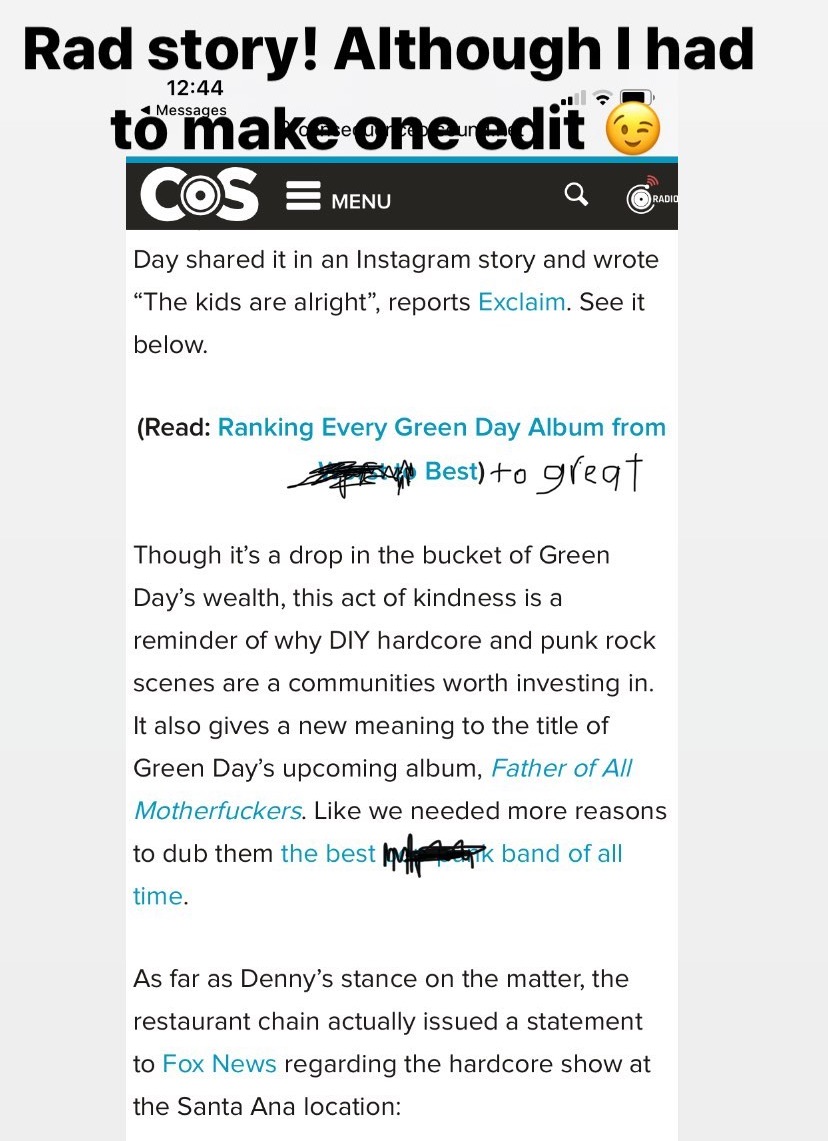