Gene Simmons’ daughter Sophie Simmons is back hanging out with her international bestie. As previously reported last month, the KISS daughter was caught holding hands with rapper Diego Moski in the Netherlands, though they’re just friends. Gene Simmons’ daughter had a gross photo of her father leaked yesterday.

Now, America’s favorite international favorite power platonic couple have returned abroad and can be seen in a photo of marijuana in the background! However, this was not the ganja of the daughter Simmons – no, no, no, as she clarified in an Instagram comment, stating that she’s never used drugs. In fact, Simmons did not partake in smoking or inhaling herself. As just her friends were more interested in doing so than the budding songstress. We applaud Simmons’ responsible decisions. Gene Simmons’ daughter college party rejection was revealed earlier this week.

KISS fans wondered what the biggest issues are facing the KISS fanbase in a new KISSfaq.com topic.

Wally Swift said: “KISS is all about nostalgia for me. What I love about 70’s KISS now is just reminiscing about what I loved then albeit with some hindsight mixed in. Outside of this time-frame specific nostalgia I’ve looked into other aspects of KISStory and found some good and some bad. Nothing I’ve discovered outside the nostalgic time-frame is even remotely close to interesting me as much as many, many other artist’s music. So I’m not a “KISS fan” really. As such I have no reservations about taking potshots at stuff I dislike or find amusing. Within the forum guidelines of course!”

Fyrebear put: “Personally, I feel the fan base is overly critical. No band is bulletproof. As a fan, just celebrate the band. Celebrate what made you a fan of the band in the first place. There might be pieces that don’t resonate with you. Just let those be. It is art. And different people will appreciate each song/album differently. The stuff you love, might be stuff people don’t care for and vice versa. One is better off to focus on what made you happy with the band in the first place. Spending time *micromanaging* pit falls? let that go.”

Crown Royal wrote: I love KISS. I hate some of the things KISS has chosen to do. I don’t mind discussing either one. Some want to focus on only the negative. Some want to focus on only the positive. Between the two, I find the “only positive” crowd to be the least-tolerable today. They seem to take it personally if you don’t view Paul, Gene, and Co with the same rose-colored glasses they wear. It borders on childish.” Gene Simmons’ daughter filmed shaking backside with this man. 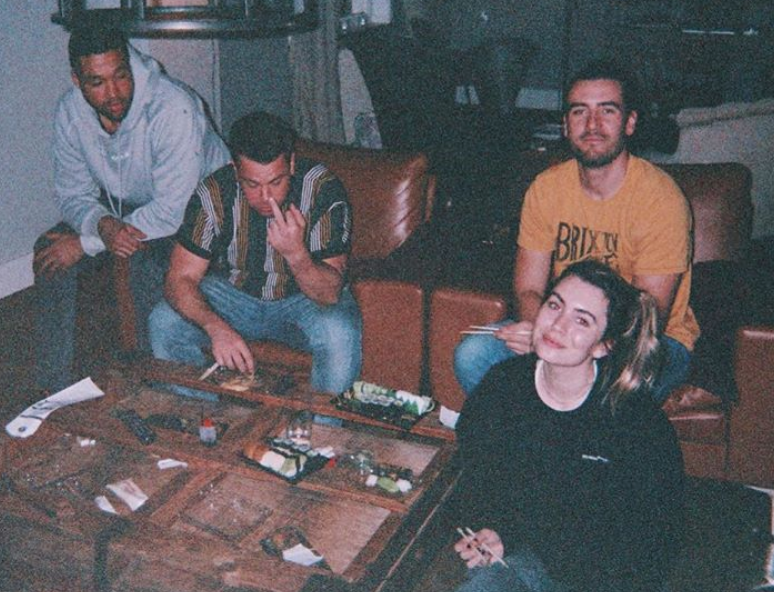