The new Green Day album Father Of All Mother****ers has been leaked to a fan on GreenDayFans.com, who was sent the album sleeve on vinyl, but didn’t get an album itself to leak. Billie Joe Armstrong recently discussed a Green Day tour replacement.

The album sleeve reveals the final tracklisting for the album, including what the fansite guesses is a title change for a song. Billie Joe Armstrong previously told Kerrang there was be a song called “The Art Of A Deal With The Devil.” The title isn’t there, with speculation that is was changed to “Take The Money And Crawl” to avoid any politically connotations.

Father Of All… Tracklist:
Father Of All…
Fire, Ready, Aim
Oh Yeah!
Meet Me On The Roof
I Was A Teenage Teenager
Stab You In The Heart
Sugar Youth
Junkies On A High
Take The Money And Crawl
Graffitia

Untitledshit wrote, “I haven’t seen a lot of people talk about the Warning cover too much. What are your thoughts on it? For me, the Warning cover isn’t bad, it just doesn’t fit the album and it’s kind of bland compared to other covers in their discography. I think they should have chose this cover (https://www.saintstevensthingery.com/mybackpages/wp-content/uploads/2011/01/P1020011.jpg) over the one they actually chose. I love the album, but I wish it had a different cover that fit better with the album. What are your thoughts on the cover?”

A Green Day member’s ‘goodbye’ letter was recently revealed. MichaelBillig responded, “I hate how depressed they look. I know the album isn’t the most upbeat thing, but still…”

BillieMunki said, “I agree that a more icon-based logo would have been better. considering their albums don’t generally have the guys on the cover it’s a f**king doozy of a terrible photo to use for the ONLY studio album proper to have all 3 members on the cover. the cover deserves to be more colourful, because the album is super colourful to me. I’m not talking rainbows just… not that photo. something more bold at least. nimrod’s was simple but it stands out because of that big yellow splodge. your idea is a strong shout.”

You can read a full recap at Green Day Fans. 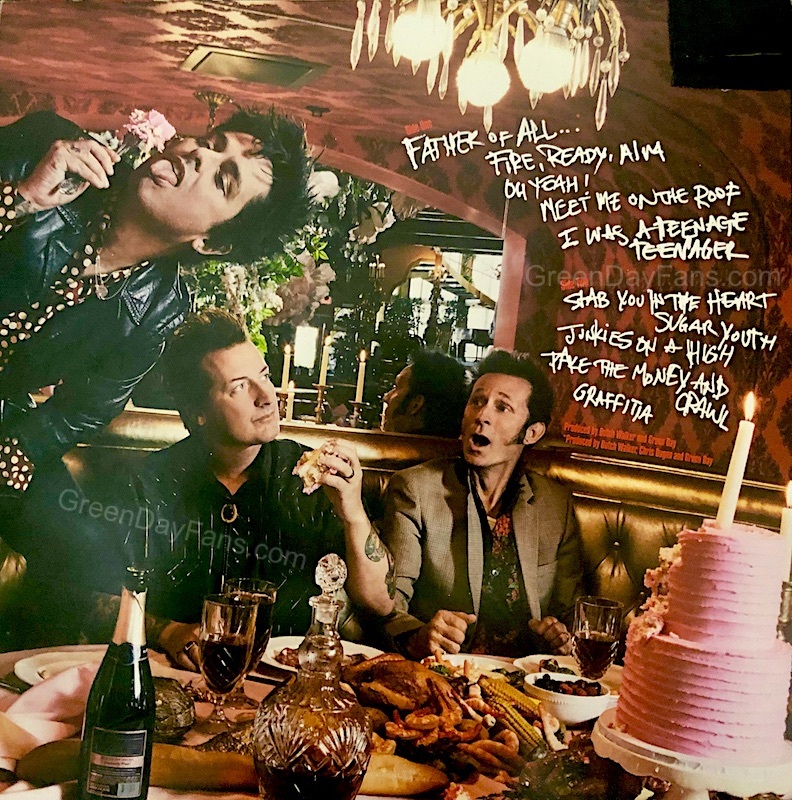