Nirvana bassist Krist Novoselic recently posted a picture on his website rehearsing with Foo Fighters to honor Taylor Hawkins, who passed away at the age of 50. You can check out the screengrab of the picture below: 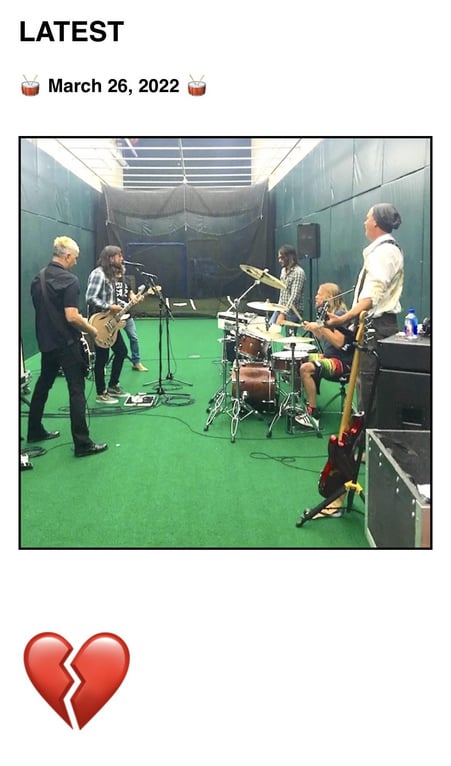 The tragic passing away of Hawkins deeply saddened the music industry as many poured their tributes.  In a new interview with Sofa King Cool Magazine, former Marilyn Manson and current Rob Zombie guitarist John 5 discussed the recent passing of Foo Fighters drummer Taylor Hawkins. He said: “I was friends with Taylor and did some shows with him, with his band Chevy Metal.”

“It’s just a shame, because Taylor was very, very special — he was so talented,” he continued. “An incredible drummer, a great singer, just a great human being. And it just knocked me on my ass for two days. I didn’t talk to anybody. I was just so bummed out about this because I loved Taylor so much. And I miss him. He was someone very special and he was such a great human. God, he was just such a great dude and so fun to be around and just always happy. It’s just a terrible, terrible, terrible thing. He was a great person. People loved him, and he loved people.”