Slipknot fans have pointed out that guitarist Mick Thomson has lost a lot of weight and is looking great on tour as the band promote their hugely successful new album ‘We Are Not Your Kind.’ A Slipknot member’s father was brutally insulted by a rock icon recently.

pseudostatistic said, “Clown and Mick both are looking better than they ever have, not to mention Corey Taylor’s voice and health are improving. Good year for our boys.” LordPestilence wrote, “Glad to see hes managed to get back in shape. Cant be easy with his back and neck struggles… which are self inflicted I know but fuck it.”

Jay Weinberg recently told the Outside the 9 podcast that he’s proud of his work on We Are Not Your Kind, “Yes, I do. I feel this is for sure, I’m most proud of my own personal contribution to this record, and I think this is some of the best music Slipknot’s ever made. Really proud about this album.”

A Slipknot member was filmed smashing a guitar recently. Weinberg added, “As far as the aggressiveness of the recording process, it was fairly aggressive. I mean, you’re talking we’re in the studio 12 hours a day, six days a week, it’s gnarly. The writing was the same, we would be hammering at these songs.

There’s a saying in Slipknot that off is off, and conversely on is on, so the recording process for this album – super-aggressive, very aggressive, our timeline was aggressive, the days were intense, but that yields the best results, nothing about this band is half-assed.” 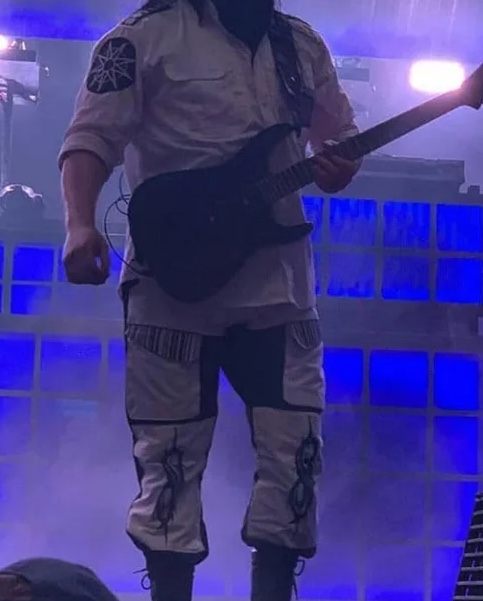