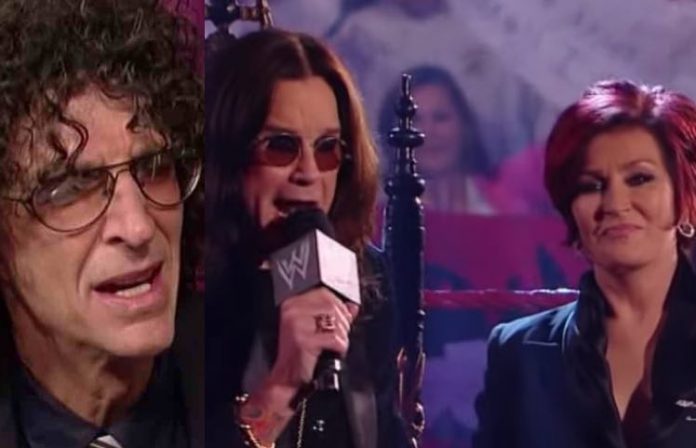 MarksFriggin.com recapped: Howard said it’s absurd that they’re there for 4 hours. He said there are people who do just one hour. He said that’s what they should do. He said all the rules go out the window with radio. He said Bubba the Love Sponge was doing mornings and evenings at one point. Howard said TV guys do an hour long show and get a pat on their back. Howard said he’s been sitting there all morning. He said he’s probably getting irradiated from the equipment.

Robin said she’s fascinated with The View. She said yesterday all of the girls were going off on the Trump children. Robin said Joy Behar was saying the Trump family is full of mediocrities. Robin had some audio from the show for Howard to play. Everyone was going off on the family and complaining. An Ozzy Osbourne money ‘disaster’ was revealed by a bandmate a few days ago.

Robin read a story about Sharon Osbourne debuting her new face on The Talk. Howard said he saw that. He said he digs that whole attitude. He said she admits that she gets the work done and shares it with people. Robin had some audio of Sharon talking about that. Sharon said it was 5 weeks ago that she had her neck and jowls done. She said it was all lifted up to look more refreshed. Robin said Marie Osmond is also on The Talk now. she said she wasn’t talking about a face lift. Howard said she was some beauty when she was young. He said she looked like a hot Donny Osmond. Ozzy Osbourne made a bold drug demand to his doctor recently.