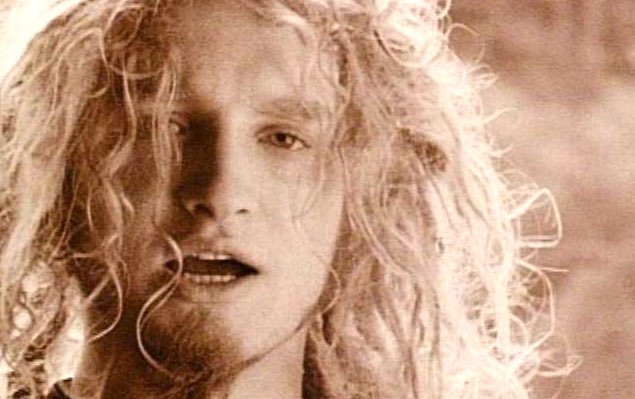 Yesterday marked 28 years of Facelift, Alice in Chains’ first record. This 1990 LP came at a time when Seattle “grunge” was just starting to drown the rock map in its dark and gloomy lust. Yielding the hit “Man in the Box,” perhaps the group’s signature song along with Dirt’s “Rooster,” Facelift was the first album of the rock subgenre to be awarded platinum, and was eventually certified 2x platinum by the Recording Industry Association of America.

Overall, Facelift has a much different vibe than its descendants. It’s more youthful, more energetic, and gives us Layne Staley’s absolute best vocal performances. In honor of this record approaching the Dirty Thirty, their upcoming new release Rainier Fog coming out this Friday, and today being what would have been Layne Staley’s 51st birthday, Alternative Nation ranked all of the songs from good (because none of them are bad) to best.

It’s hard not to bob your head to the bo-diddley rhythm of this tune.

Love! Sex! Pain! Confusion! Suffering! The typical relationship. But I mean, if so many relationships didn’t fail then we would be deprived of so many great jams like this one! The subject matter kind of gets my blood boiling a little bit, but we’re not gonna get personal here. J

A dark topic? In an Alice in Chains song? No way (cue sarcastic chuckle). As someone who is fascinated by psychology, there always has to be at least one song on an album that I dissect and try to uncover the meaning of. With Facelift, there’s no better pick than this one. It seems to be pertaining to a single mother, someone who was abandoned by the man who impregnated her. Therefore, a child grew up fatherless. A sad song, but a good one nonetheless. Don’t mind, I don’t care no more.

Alice has got the blues on this track. As in, “Real Thing” has a very bluesy feel to it. It’s also a drumming highlight for Kinney as opposed to the rest.

8. I Know Something (Bout You)

“I Know Something” is jazz and funk meets hard rock. It stands out on the record for its sound alone, but who doesn’t love a dramatic little story about a rat blackmailing you?

“‘Scuse the tude, but I haven’t eaten today” has got to be one of the best lines in rock and roll. Anyone else hangry for more AIC? Someone smack me for that.

Despite the title, I’m not exactly sure “Love, Hate, Love” is the song you want to dedicate to your significant other, as Layne growls about wanting to pull the skin off of the subject’s face. It probably should have been called, “Hate, Hate, Hate,” but who am I to question an artist’s creative decision? It has a very eerie and threatening tone overall, but if you want to show anyone Layne’s vocal range – this is the absolute BEST Alice song for the mission. The breakdown puts the spotlight on him as he wails up and down. Chills, to say the least.

I might be failing as a journalist here, but do you ever not know why you like a song so much? Yeah, that’s basically how I feel about this one. One of the greatest, I just don’t really know why other than its badass sound. Moving on.

With a whining, haunting guitar lick and ehoing vocal harmonization, “Bleed the Freak” is overall one of the best, most creepy sounding songs. I have no fucking clue was “name your god and bleed the freak means,” but Alice in Chains managed to make it sound alluring.

For those of your cursing me out from behind your computer screens because this is at number 3, please chill. I am not undermining this song in any way by putting it below number 1. It’s probably their most famous hit, and is probably the first song I ever heard by the group. But with a great introduction to a band, usually (hopefully) comes a lot of other great tracks as well. It would be disappointing if it worked the other way around. “Man in the Box” is a powerful anthem with one of the most distinct riffs of any song and an exceptional vocal delivery from Layne. It’s a great way to get other people into Alice, if they sickly are not already, and it’s a great way to make someone feel like shit about themselves if they do it at karaoke night.

This opening track is definitely affirmation that Alice in Chains cannot be solely lumped into the “grunge” category because it is so METAL. This is one of the most raw sounding songs on Facelift, and is packed with a punch of energy that has you excited to see what the rest of the songs have in store. Scary’s on his way, folks.

Ding ding ding, we have our winner. The best song on the record (in my opinion, at least). First of all, have you heard any cooler guitar riffs, from the winding intro to the crisp anger of the choruses? I personally think this should have been the album opener because it just sounds so damn awesome. “It Ain’t Like That” is the quintessential Alice song. It’s heavy, it’s dark, it’s in your face, it’s visual. “Behind the smile, a tongue that’s slippin’. Buzzards cry when flesh is rippin’.” It’s one of those songs that seems to keep going on and on, but you don’t want it to stop. Luckily, once you’re finished with Facelift, you still have Dirt and Alice in Chains to continue the journey.

Let us know your favorites off this record, and be sure to stay tuned for Rainier Fog, out this Friday!