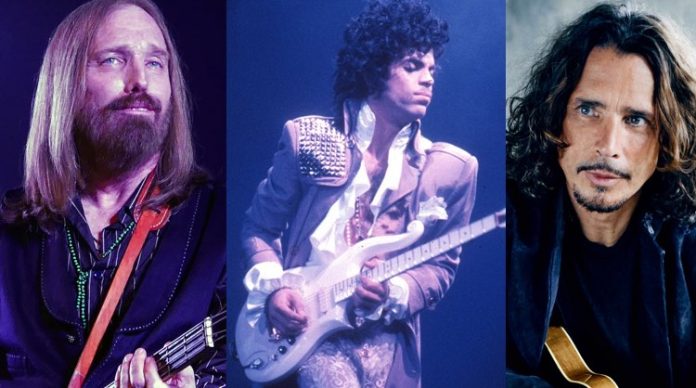 A Perfect Circle debuted a new song titled “So Long, And Thanks For All The Fish” on BBC on Sunday. Fast forward to 5:15 in below to hear the track.

In a recent interview with Rolling Stone, Tool and A Perfect Circle frontman Maynard James Keenan was asked about referencing recently deceased celebrities on A Perfect Circle’s new song “So Long, and Thanks for All the Fish.”

The song references the deaths of Muhammad Ali, Carrie Fisher and David Bowie. Many celebrities have died in the last couple of years especially in rock music, with Chris Cornell, Chester Bennington, and Tom Petty dying in 2017.

“I think it was a big curveball for a lot of people to have that concentration of celebrities, people that are iconic, exit. I’m sure it’s happened in prior generations – all of a sudden, an exodus – but the immediacy of social media made it more impactful with more of a rapid fire to be able to see that list every day of people that you were familiar with over the years passing. And at the age of 53, you start to take it pretty seriously.”

He was then asked if he has taken any of these deaths particularly hard personally.

“Not necessarily hard. I mean, that’s life. It is temporary. It’s always been something that I’ve embraced. But you only have so much time, do stuff with it. When all those people are leaving, I guess it’s a good opportunity to remind people of that: Pay attention.”